Lakeville, Conn. (1 October 2013)— As the checkered flag flew on Saturday at Lime Rock Park, one chapter in American sports car racing drew to a close as GRAND-AM staged its final race.

Having had an impact since first debuting at Daytona International Speedway with a pole position in the GRAND-AM Rolex Sports Car Series in 2004, Riley Technologies stamped its authority on the era by securing the 2013 GRAND-AM Rolex Sports Car Series Manufacturer Championship. The Championship is the 10th consecutive GRAND-AM title for the Mooresville, North Carolina-based organization that is steered by Bob and Bill Riley.

The Daytona Prototype era witnessed highly competitive racing through the three different generations of specifications, with Riley Technologies’ success remaining a common denominator through all of them. Building on an excellent design with unparalleled customer support, paired with the hard work of Riley customer teams, Riley Technologies generated 92 victories since 2004. 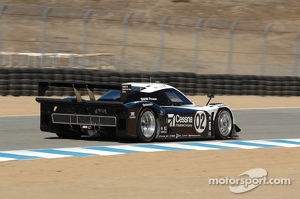 Chip Ganassi Racing with Felix Sabates secured the Rolex Series Daytona Prototype Team Championship, which marks the seventh GRAND-AM championship for the team, all of which have been earned with Riley Technologies designs.

“We could not be prouder of the success of our customers, and to have their success result in one Manufacturer Championship for Riley, let alone 10 consecutive seasons, is truly remarkable,” said Riley Technologies VP Bill Riley. “Of course we are very motivated to continue to provide our customers with the tools they need to succeed, and with the TUDOR United SportsCar Series era starting at Daytona in January, we cannot wait to get started on the future. Thank you to our customers, drivers, and teams, as well as to everyone at GRAND-AM.”

Freedom Autosport closes season with a win for Nunez, Miller at Lime Rock

Nashville winner Dixon feared his race was ruined by shunt

Palou sure he has fair title shot, despite Ganassi conflict

Dixon elated to win with wounded car on old tires