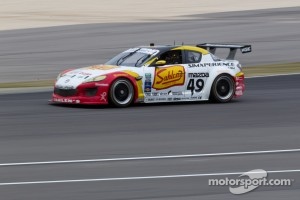 Longtime Grand American competitor Team Sahlen is proud to announce their entry into the 2013 Grand American ROLEX Daytona Prototype Class. The race car of choice will be the BMW – Riley. This is the precise package that has carried the #01 Chip Ganassi Racing to back to back Daytona Prototype Championships. Within this transition, Team Sahlen will be entering not 1, but 2 BMW – Riley entries.

Team Sahlen’s #42 Daytona Prototype will be driven by Wayne Nonnamaker & Dane Cameron. During the 2012 season, the “Wayne & Dane Show” has thrilled fans and SPEED TV audiences all year long in the GT class. The duo has mixed it up at the front of the GT field during each event, having led in 5 of the events so far in 2012. Now the pairing will transition to the Daytona Prototype class. Lead Driver Dane Cameron is no stranger to prototype racing. Having cut his teeth in Open Wheel racing, Dane made his transition into Sports Car racing driving for several teams, including Chip Ganassi Racing.

Joe Sahlen shared his thoughts - “This is a very proud moment for both Team Sahlen and myself personally to make our announcement of our transition from the GT to the DP class. The Daytona Prototype class is the premier level in Sports Car racing, and to have Team Sahlen competing in the class will be an honor. And personally, for myself, to get to drive a Daytona Prototype will be an apex to my racing career that started 8 years ago with the Nonnamaker family. I can hardly wait not only for next year, but especially the 2013 Sahlen’s Six Hours of the Glen, when the Sahlen Daytona Prototypes take to the track.”

And Joe Nonnamaker inserted his feelings - “I never imagined that over 40 years after starting my racing career that I would be driving a Daytona Prototype. I can remember going to Mid-Ohio in the 60’s to watch the legendary Can-Am racers go through thunder valley and just wondering what that would be like. Several years later I was racing at Mid-Ohio myself, but it was not quite the same in a Ford Pinto. But now to reach these heights of getting behind the wheel of the ancestor to the Can-Am racers is a dream come true.”

Grand American shared their excitement of the announcement of Team Sahlen’s 2 Daytona Prototypes for 2013 - “Team Sahlen is a true GRAND-AM success story, advancing all the way from Street Tuners in the Continental Tire Sports Car Challenge to Daytona Prototypes in the Rolex Series,” said GRAND-AM Managing Director of Competition Richard Buck. “They won back-to-back titles in ST and GS. They also have two Bob Akin pro-am awards. It’s great to see such a dedicated racing organization – and such a great racing family – make this significant move to GRAND-AM’s headlining class, Daytona Prototype.”

Enthused Will Nonnamaker - “Ever since I was a little kid tagging along to my dad Joe’s races in the 1980’s, I have wanted to be in a prototype race car. Watching some of the greats such as Holbert Racing and Group 44 inspired me then. When Wayne and I were racing in the Continental Tire Series ST class in the late 90’s, we had the vision, of evolving the team to the prototype class, and to see it come to fruition with 2 entries in 2013 is unbelievable.” 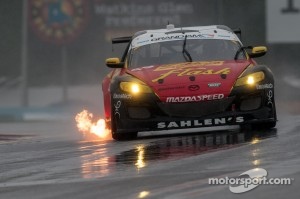 Younger brother Wayne Nonnamaker further added - “Everyone on the team has worked so hard in the past few seasons to raise our game to compete with the top teams in the GT class. These enhancements will assist as we step up to Daytona Prototypes where many of the technical and operational items directly transfer from GT.”

BMW Motorsports Director Jens Marquardt shared his initial thoughts -"BMW Motorsport is pleased to welcome Team Sahlen as the newest member of the BMW Power family. BMW has had great success in the Rolex Sports Car Series over the three past seasons and we look forward to Team Sahlen helping us to continue that tradition in 2013."

Added Steve Dinan of Dinan Engineering - “Everyone at Dinan is very excited to have Team Sahlen as our partner for the 2013 season. The team and the Nonnamaker family have been around racing for a long time. They are true road racers, just like everyone at Dinan Engineering. We are looking forward to working with them in 2013 and beyond in the Daytona Prototype class.”

Senior Engineer Catherine Crawford layered in her thoughts - “Although I have very much enjoyed the engineering experiences in the GT class, coming back to the Daytona Prototype class will feel like very familiar territory. The Crawford Family has had great success in the Daytona Prototypes, and now I have a chance to return as lead Engineer with the Generation3 version of the DP class. It has been a great pleasure to experience the growth in Team Sahlen and to see that continue will be an exciting endeavor!”

Along with changing classes and cars by stepping up from the GT to the DP class, Team Sahlen will also be altering their paint scheme. The 2013 paint package will be very graphic and bold. The vivid colors of bright yellow and red against the stark contrast of a black painted body will catch the attention of fans and SPEED TV viewers alike. The theme of lightning bolts within the paint scheme that has become synonymous with Team Sahlen will be tied into the graphics, but with the bolts this time being red instead of yellow. And the entire side of the DPs will be Yellow, with the Sahlen’s red lettering inserted into the graphics.

Upon their entry in Daytona Prototypes, Team Sahlen will have made the full assention through the Grand American ladder system, having started in the Continental Series ST class, winning the 2001 & 2002 Championships. Then rising to the GS class of the Continental Tire Series, then winning the 2003 & 2004 Titles. The Team then evolved to the premier ROLEX series and has claimed the 2005 and 2011 Bob Akin Sportsman Awards.

In the 7 year history of the Sportsman Award in the ROLEX Series, no driver has won both the GT class Bob Akin Award and the DP class Jim Trueman Award. In 2013, Team Sahlen will have a dual opportunity to accomplish this feat. Brothers Wayne & Will Nonnamaker have both won the Bob Akin Sportsman Award. The duo will be driving in separate DP entries in 2013, so this will certainly pose a double threat to achieving this mark.

Appropriately, the announcement was made today at Watkins Glen International, that venue that is home to the Sahlen’s Six Hours of the Glen. 2012 marked the 10 year anniversary for Sahlen’s being the presenting sponsor of the legendary event. Additionally, at this year’s Sahlen’s Six Hours of the Glen, Joe Sahlen announced that Sahlen’s will be extending their sponsorship of the event for another 2 years. The formal announcement in the Watkins Glen International Media Center was festive and fun as has become the hallmark trademark for Team Sahlen. Present at the announcement was many family and friends of Team Sahlen, including the team mascot, Hot Dog Boy. Surrounding the display boards on the podium were colorful Yellow & Red balloons. As well, media and guests were treated to red velvet cupcakes with little Sahlen flags sticking out each delectable treat.