Team looks to take lead in North American endurance championship at the Grand-Am Rolex Series race at The Glen.

“I am very pleased to have Craig on the Team for Watkins Glen as we continue our pursuit of the North American Endurance Championship,” said Mattioli before adding, “Craig brings a deep understanding of the Glen and he is a great team player, both essential qualities if you want to win a race like this.”

Craig Stanton brings a wealth of knowledge to Scuderia Corsa for Watkins Glen. An experienced endurance racer for over two decades and the 2005 Grand-AM Rolex Series GT Champion, Stanton broke the Watkins Glen track record piloting a Daytona Prototype in 2011. “I am so grateful to be part of the Scuderia Corsa team at Watkins Glen and to have the opportunity to drive the No.63 Ferrari 458 Italia for Giacomo Mattioli. I know Scuderia Corsa very well and I am sure it will be an easy transition. I am looking forward to great results at Watkins Glen!” added Stanton. 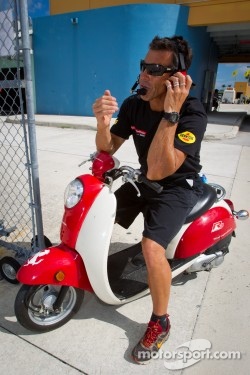 Stanton’s long career as a top driver is in large part due to his dedication to fitness, earning him the honorary title as the “fittest driver in motorsports.” A world-class biker, rower and triathlete, Stanton shares his fitness passion through his Craig Stanton fitness programs for competitive athletes and drivers.

Carter and Plumb back to Mid-0hio after long CTSCC break

Quartararo: Vinales “one of the fastest guys I’ve ever seen”

Marc Marquez “back to real situation” at Assen after MotoGP win