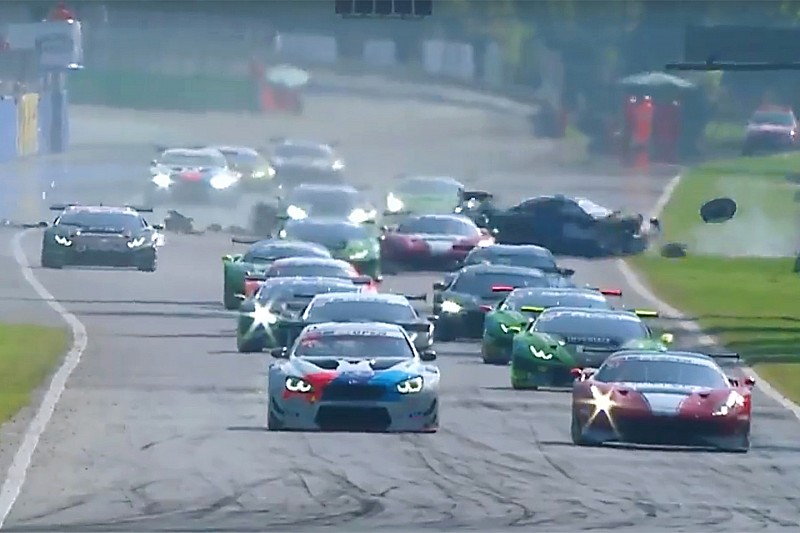 His Mercedes-AMG GT3 suddenly veered to the right after crossing the finish line, and crashed head-on into the Armco barriers – just after the pit lane exit.

The impact was so violent that it tore away the front of the car, and the 32-year-old Brazilian sustained serious leg injuries.

Hellmeister’s car was catapulted across the track, and came to a standstill on the opposite side from the impact. The field was very densely packed at the finish, because there had been a one-lap sprint to the chequered flag after a safety car phase, but fortunately nobody hit his wrecked car.

Video: Spectator footage of the crash...

Rescue crews were quickly on the scene and stabilized Hellmeister’s condition, which was not life-threatening and he didn’t lose consciousness at any point. Once he was removed from the car, Hellmeister was transferred to the medical centre and then to San Gerardo Hospital in Monza, where he underwent surgery for the leg fractures.

Hellmeister won the Brazilian GT4 Championship in 2012, and his domestic Porsche GT3 Endurance Cup in 2016.

On Monday morning, his Drivex team reported he remained in stable condition in hospital.