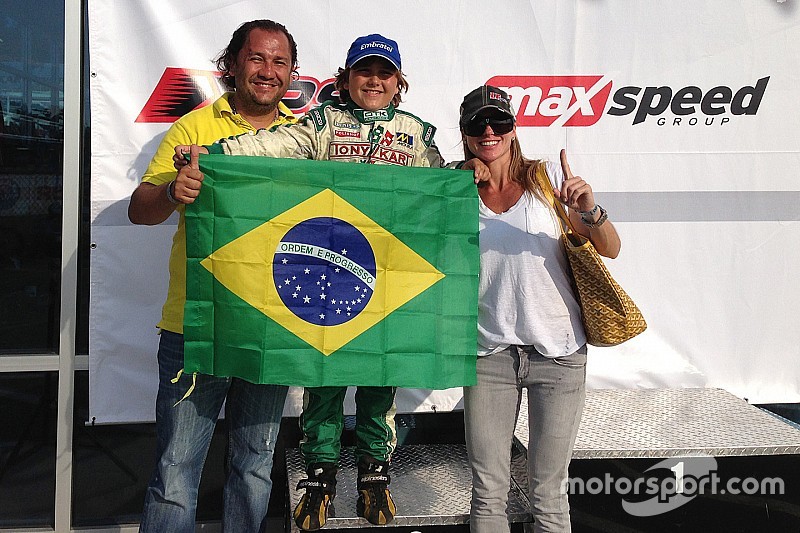 The Brazilian, who is also related to former F1 drivers Christian Fittipaldi and Max Papis, concluded a successful karting career to graduate to cars.

Over the last three years, Fittipaldi has taken three championships, 34 victories, and 21 pole positions, including pole in the US Grand Nationals and Rotax Panam.

Fittipaldi will make his competitive car-racing debut with some NASCAR experience under his belt, having completed a test with a Late Model in 2014.

"For sure switching from karts into sports cars will be a challenge, but I’m a fast and aggressive driver and I’ll be going for the win in every race," said Fittipaldi.

"The Ginetta Junior Championship allows young drivers like myself to familiarise myself with all of the UK’s big race tracks, whilst also being a highly competitive and well-televised series."

Ashley Gallagher, championship manager, added: "It’s great to see Enzo progressing from the Ginetta Junior Scholarship into the Championships itself.

"He was an incredibly popular driver during his debut with us, and his energy both on and off track will be immensely popular in the paddock."

The Ginetta Junior series has acted as a launch pad into single-seaters for numerous young drivers in recent seasons, including Will Palmer, Lando Norris and Sophia Floersch.

Opinion: Why motorsport’s off-season is a thing of the past