One-time Blancpain Sprint champion Enzo Ide is in an artificial coma in Bruges following an accident at home, but his condition is reported to be stable, according to Belgian news sources.

Ide, who won the 2016 title in a WRT Audi R8 LMS GT3, was found at home by his wife in a confused state on August 13 and taken to hospital suffering internal bleeding.

He was then transferred to AZ Sint-Jan hospital in Bruges and has since undergone several successful surgeries, before being induced into an artificial coma.

Ide's family lawyer Stijn Verbist said: "His family and his wife were shocked by the incident. They don't know exactly what happened, but are hoping his condition improves and he can make a quick and full recovery."

The 28-year-old caused a major upset by winning the hotly-contested Sprint title in 2016, sharing with Christopher Mies and Robin Frijns. He had been a regular in GT competition since 2010, experiencing only fleeting successes until his surprise title assault, the crowning glory of his career to date.

After a difficult 2017 season again sharing with Mies, managing a best finish of sixth at Misano and Zolder, he has only competed sporadically, taking in a round of the World Rallycross Championship at Spa in an Audi S1 in May.

In a statement on its Facebook page, the Blancpain GT Series said: "Our thoughts are with 2016 Sprint Cup champion Enzo Ide, who is currently being treated in hospital after suffering a head injury earlier this month.

"On behalf of his friends at SRO Motorsports Group, we wish Enzo a full and speedy recovery." 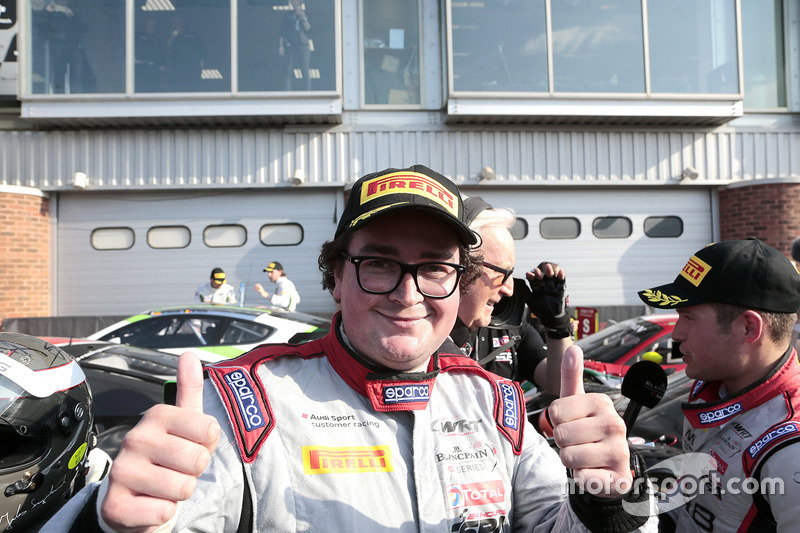