United Autosports is the team to be with in 2012 as it launches an ambitious campaign of thrilling races straight into the New Year, with three classic GT endurance events in Dubai, Abu Dhabi and Bathurst.

The young team – entering only its third season in 2012 – continues its drive to the top with the Dunlop Dubai 24 Hours on 12-14 January 2012. A week later the crew moves onto the mystical Yas Marina Circuit in Abu Dhabi for the Gulf 12 Hours event which, similarly to the Formula 1 race, will end at night under the sparkling lights and magical atmosphere. 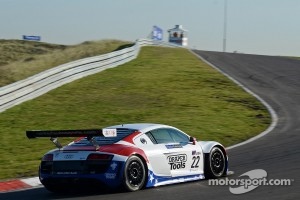 Completing the trio of winter wonderland races, United Autosports makes its début at the Armor All Bathurst 12 Hour on 24-26 February. Famous for its exhilarating Touring Car races, the GT event will challenge competitors to the limit around the spectacular 6.213 km long roller-coaster Mount Panorama circuit.

United Autosports will bring a top driver line-up to each of the three races to compete in the team’s Audi R8 GT3 in the SP2 GT3-A class. The Audi is a proven 24-hour race winner, having won this year’s Spa 24 Hour race and also the Blancpain Endurance Series, making it the obvious choice of car to use in the team’s winter program.

“We couldn’t find a better way of moving into our third year as a racing team than by competing in such classics as Dubai, Abu Dhabi and Bathurst; three exciting endurance events which are considered a ‘must do’ for any aspiring racer. It’s also a fitting way to continue our relationship with Audi into 2012.”

“United Autosports is a 52-week a year business and the goal is to have the top GT racing team in the world. In only two years United Autosports has built a reputation in which top drivers want to race with us, and now we’re offering them the opportunity to compete with our highly-motivated team, which is competing worldwide. We want to have a dominant presence at every circuit we go to and these three exciting classic events are next on our calendar.”