GT3 power to be reduced by 10 percent at Nurburgring Nordschleife 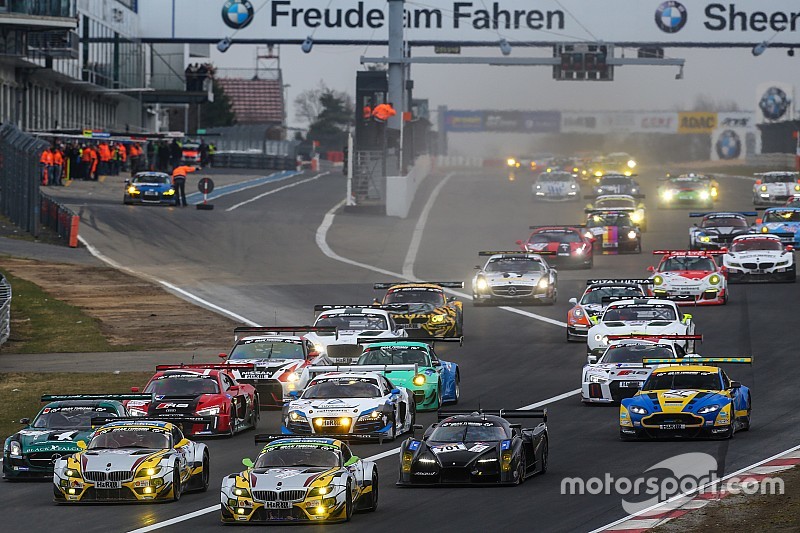 The top class racing at Germany’s Nurburgring Nordschleife is set to lose speed in 2016 as the engine power of all GT3 cars will be reduced by 10 percent.

This is the result of a thorough analysis by the German motor sport association (DMSB), spearheaded by racing legend Hans-Joachim Stuck.

“Manufacturers and most suppliers now understand that they have to do their part in order for the cars to not go faster by several seconds each year,” Stuck says.

“The terrible crash at the beginning of the 2015 season was a wake-up call for all of us. Suddenly, we saw that we had reached a certain limit.”

“Based on our analysis of the crash and thanks to simulations of the manufacturers we have learned a lot. Now, everybody involved including drivers, manufacturers, the tire industry, the track, officials and DMSB have to work together to put these lessons into practice.”

According to DMSB’s plan, engine power in the leading SP7, SP9/GT3, SP-Pro and SP-X categories will be reduced by 10 percent. There will be more aero restrictions, too. For example, a higher base ride height for all competitors.

For 2016, tire manufacturers will be prohibited from supplying “extreme” tire compounds (often referred to as experimental compounds) and must register at DMSB before any event.

Due to this latest set of new rules and due to the road-work going on at the Nordschleife already, speed limit sections won’t be imposed again in 2016.

Opinion: Why motorsport’s off-season is a thing of the past