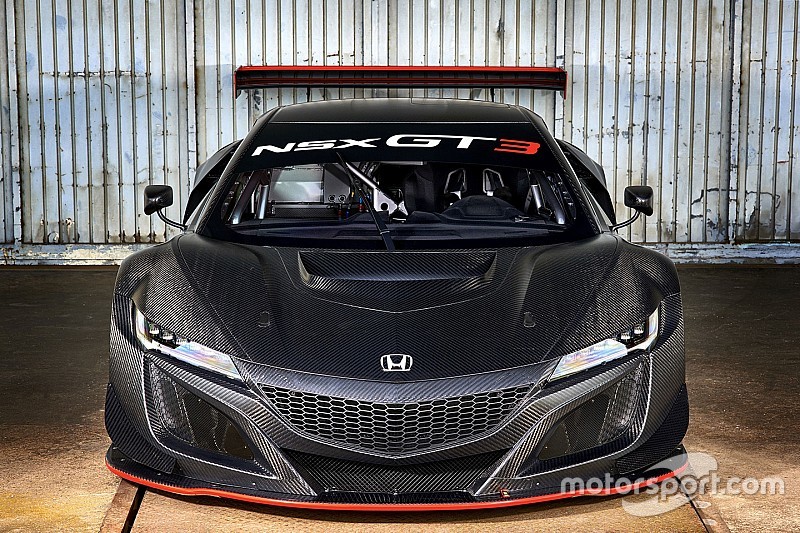 Honda will enter a factory NSX in the FIA GT World Cup in Macau next month.

The Japanese manufacturer has decided to tackle the blue-riband GT3 race on November 18/19 after launching customer sales of the NSX racer in July.

It will be the first race for the twin-turbo V6-powered GT3 contender with Honda badges: the car has previously only completed as an Acura in the IMSA WeatherTech SportsCar Championship and the Pirelli World Challenge in North America.

The car will be run at Macau under the Honda Racing banner by a crew from the Italian JAS Motorsport organisation, which has played a key role in development of the NSX racer.

No driver has been announced for the one-car World Cup campaign.

JAS boss Alessandro Mariani told Motorsport.com: "Macau is a good stage on which to show off the car because it is an important race for the Asian and European markets.

"We are entering one car to say that we are here in GT3, but apart from that I can't say more."

An announcement of the driver is expected within the next week.

The solo Honda will join factory cars from Audi, Mercedes, Porsche and BMW on the Macau grid.

Honda launched the NSX as a customer car at the Spa 24 Hours Blancpain GT Series round in July. It is aiming to sell 12 cars ahead of the start of next season.