Maserati enters the GranTurismo Mc into the ever-growing GT3 class 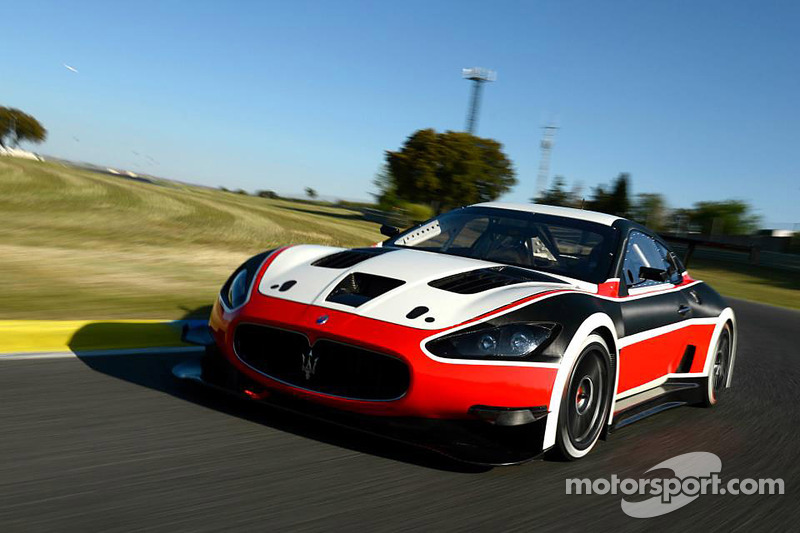 Pending FIA approval, Maserati will have a contender in sanctioned GT3 events.

Maserati will be among the contenders for this year's GT3. On 5-6 February the GranTurismo Mc will be subject for the first time to the FIA approval procedures for the GT3 class. Starting from June, following ratification by the World Motor Sport Council (FIA), the Maserati coupé will become available to sporting clientele and can take part at international level in all world championships allowing such vehicles.

The operation has come this far thanks to the commitment of Swiss Team, who were given permission by Maserati following previous successful collaborations. In 2011 Andrea Bertolini drove a Maserati Quattroporte Evo and the Swiss team to victory at the International Superstars Series. 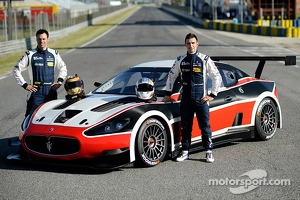 The Swiss Team, led by Guido Bonfiglio, began developing the GranTurismo Mc GT3 version at the end of 2011 and last year made a first version of the coupè, submitting it for first shake down in May and then using it only as a test car for preparation of the definitive vehicle.

In the first phase of the programme, the Gran Tourism Mc GT3 also competed in two races. In September, with Pier Guidi and Gardel in the International GT Open at Hungaroring, it qualified in the middle of the grid; during the first hour of the race it gained fifth place before succumbing to teething problems. Then in October with Pier Guidi at the wheel in the Italian GT Sprint series at Vallelunga, it showed its competitiveness and won its first race.

The car that will now face the FIA approval procedure on the 5-6 February is the definitive version; as such it will also contend in the balance of performance session for the GT3 class - scheduled for the Michelin test circuit at Ladoux - at which the FIA, prior to every racing season, verifies and balances the performance of all models admitted to the championships, ensuring more equal competition.

Development of the GranTurismo MC GT3, under the technical direction of engineer Giuseppe Angiulli, with assistance from Sergio Beccio (aerodynamics), Carlo Facetti (engine), Patrick Galasso (electronic), also drew on the team's experience with the Quattroporte Evo, which has a very similar basic layout, and combined with Maserati's background in GranTurismo and its version for the World Series Trophy, which it made available to the Swiss Team. 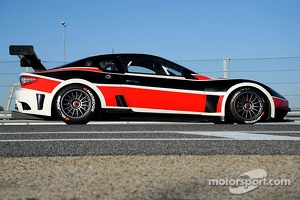 Exploiting the GT3 regulations, which leave ample scope for modifications, the first objective of the work carried out on the car aimed at weight reduction, "stripping" the chassis of non structural parts, constructing the entire bodywork and aerodynamic parts in carbon fiber, eliminating all interior linings and devices whose only purpose is comfort during road use. Even the front headlamps were replaced with carbon fiber versions. Total weight of the car was thus pared down from 1400 kg to just 1230 kg for the standard model. The weight balancing was also improved, shifting the tank from the rear to the back seat area, in a lower position, and moving the driving seat back. Suspensions. In terms of structure, the axle tracks have been widened to the permitted limit for the bodywork width, which is 2050 mm at the wheel arches. The layout of the suspensions was already fine and needed no revision; these were however made in steel to improve strength and reduce weight, but the design, connections and wheelbase remain the same. The front hub carriers have also been replaced by solid machined Ergal models, specially designed for better brake ventilation.

The engine derives from the Quattroporte Evo Superstars, which already in the standard model version was not short of power, but was overhauled in the light of the experience gained during the GranTurismo MC Trophy. In particular, a new carbon fiber air box was designed and camshafts have new profiles. Power has thus been increased to over 530 hp, compared to 460 hp for the standard model.

A considerable improvement in the car's aerodynamic efficiency was achieved by means of a flat bottom, front splitter and rear diffuser, dive planes on the sides of the front bumpers and wing that cover 93% of the maximum car width. The aerodynamic study was carried out using CFD and all components are carbon fiber.

Guido Bonfiglio: "We wanted to develop the Maserati GranTurismo MC GT3 version because we believe it is a winning project, stimulating for all involved. We are perfectly aware of the difficulties we'll face in tackling such an ambitious project, but challenges are the heart of a team's dynamics, whether on the track or the design table. Our direct competitors are manufacturers who, disguised to a greater or lesser degree, participate directly in the development of the vehicles and actual racing; we are a small outfit but we have great hopes of being a thorn in the side of these giants of motor sport."

The Swiss Team is based at Balerna, in the Italian-speaking area of Switzerland. It was set up in 2008 by Guido Bonfiglio, who is also the sporting director, in order to provide a platform for collaborations by Maserati in the field of motorsport. The Swiss Team was the first to compete with the Maserati Quattroporte at the International Superstars Series and won the title in 2011, with works driver Andrea Bertolini at the wheel. Before assembling the team, Bonfiglio was responsible for financial and organizational management of the Kessel team for 10 years, collaborating with Ferrari in the GT category at international level.

Technical director. Engineer Giuseppe Angiulli worked from 1989 to 1994 with Osella in F1 and continued to collaborate with the same factory in development of its prototypes for track and hillclimbing. From 1994 to 1996 he was part of Alfa Corse technical team in its DTM program. From 1998 to 2000 he was consultant to the BMW Motorsport Team Rafanelli and worked on ALMS prototypes. In 2002 he collaborated with Michelotto Corse in developing the GT2 versions of Ferrari 360 and F430. In 2006 he led team Villorba Corse to victory at the Italian GT championship with the F430 GT2. From 2008 to 2010 he was track engineer for Team Vitaphone and the Maserati MC12 GT1 at the FIA GT. He joined the Swiss Team in autumn 2010.