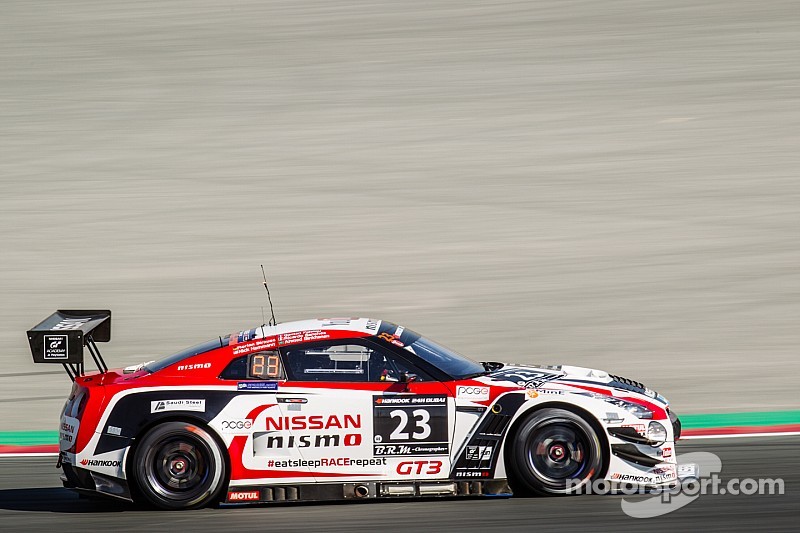 The newest graduates of Nissan's innovative GT academy scheme will race in the 2015 Blancpain Endurance Series this season.

Frenchman Gaetan Paletou and Mexico's Ricardo Sanchez took the European and International GT Academy competitions in 2014 and now graduate in to Europe's premier GT3 series, after making their professional race debuts at the Dubai 24 Hours in January.

Paletou and Sanchez will compete in the sister PRO-AM entry, and will be joined by 2013 graduate Florian Strauss for the first race at Monza.

"I still find it hard to believe what is happening in my life," said Sanchez. "Every time I think about it I smile as this has always been my dream.

"The hard work really starts now though. Monza is a very fast track with a lot of history so I feel proud to have the opportunity to race the GT-R there. I want to do the best job I can for Nissan and bring home a great result!"

Nissan has also confirmed a two-car entry at the Nurburgring 24 Hours in May. Buncombe, Reip and Jann Mardenborough will join German GT Academy winner, Strauss in one car, while Lucas Ordonez, Michael Krumm, Kazuki Hoshino and Katsumasa Chiyo will share the other.

DeltaWing GT concept car being developed, to be unveiled later this year