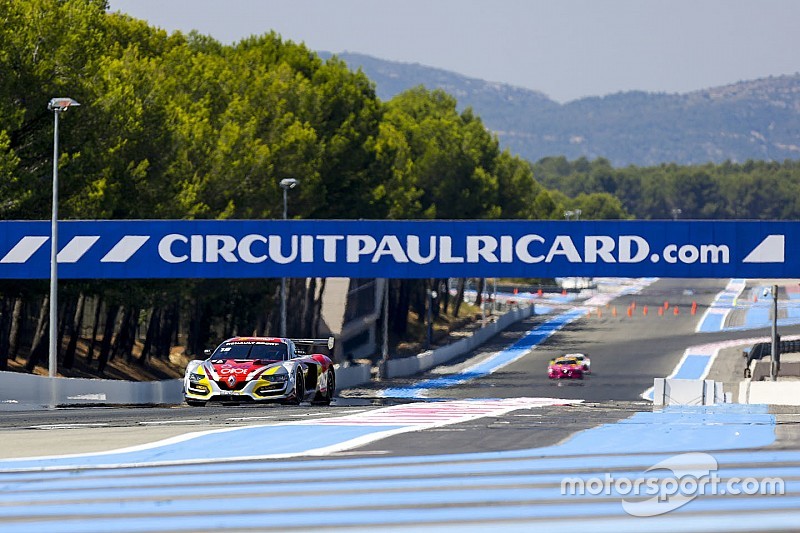 The Marc VDS entry of Fran Rueda and Tanart Sathienthirakul converted their pole into a maiden Renault Sport Trophy victory in the Endurance race at Paul Ricard.

Although his teammate Fabian Schiller had a better start and led from Rueda in the early stages, the German suffered a puncture on Lap 6 and was forced to retire.

Rueda was then closely followed by Fredrik Blomstedt during their stint and the Spaniard's teammate Sathienthirakul pulled away when he took over.

The #21 Equipe Verschuur of Pieter Schothorst and Jeroen Schothorst took second and the sister car, driven by Mike Verschuur and Miguel Ramos, completed the podium as Lonni Martins and Christophe Hamon dropped a position for overtaking off-track.

The top five was completed by Nicky Pastorelli and Beelen.

Equipe Verschuur's Pieter Schothorst took a confident victory in the Pro category, completing the 14-lap race with a gap of eight seconds.

The Dutchman took the lead from fellow front-row starter David Fumanelli at the start and his position was never in danger afterwards.

Fumanelli took his third podium finish in the past four races with WEC regular Nelson Panciatici securing third place on his first RS Trophy round of the season.

Owens' teammate Kevin Korjus, who started the weekend as the class leader, kicked off the race in third but had to retire with mechanical problems.

That allowed Pieter Schothorst, who was just two points behind Korjus in the standings, to take first by 20 units.

Starting third, Blomstedt spent the first half of the race in the same position before passing Rueda for second.

He then also overtook Schiller, who led the entire race up until that point.

However, the duo made contact during the move and while Blomstedt made it home in first just ahead of Rueda, Schiller dropped to fifth.

Apart from the top two, the German also fell behind Ramos and Hamon.

After scoring 25 points by winning the first half of the Endurance race, Rueda stole the championship lead from Schiller.