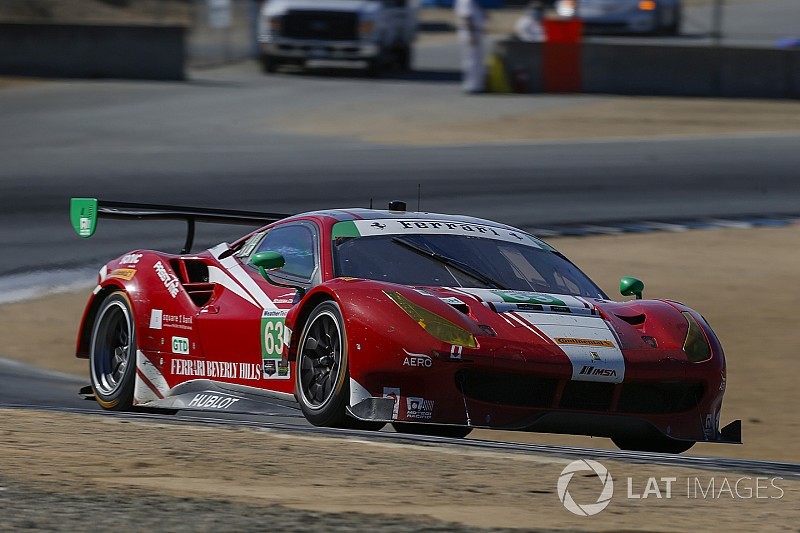 Formula E frontrunner Felix Rosenqvist's return to Macau to compete in the FIA GT World Cup for the first time has been confirmed by the Scuderia Corsa Ferrari team.

The US team, winner of the Le Mans 24 Hours GTE Am class in 2016, will field a Ferrari 488 GT3 in the event on November 18/19 for two-time Macau Formula 3 Grand Prix winner Rosenqvist, as exclusively predicted by Motorsport.com.

Rosenqvist, who notched up his F3 wins at Macau in 2014 and '15, said: "Competing at Macau is something very special.

"It's one of my absolute favourite events in the world and I've always had great experiences at the circuit in the past.

"Scuderia Corsa has an incredible reputation for preparing some of the best Ferraris in the GT world, and I appreciate the opportunity."

Team boss Giacomo Mattioli described competing for victory in the World Cup "as an incredible opportunity to honour the Ferrari brand".

"Felix's record speaks for itself - it is quite remarkable at Macau - and between his driving and the depth of our team, we're confident in our ability to deliver," he added.

Rosenqvist will drive the same Ferrari chassis with which Los Angeles-based Scuderia Corsa has won the IMSA SportsCar Championship GT Daytona drivers' title for the past two seasons with Alessandro Balzan and Christina Nielsen.

Scuderia Corsa will be bidding to give Ferrari its first victory in the GT Cup in Macau, which gained FIA world status in 2015.

It will go up against five other manufacturers in Audi, Mercedes, Porsche, BMW and newcomer Honda, which confirmed its participation last week with an NSX GT3 driven by race regular Renger van der Zande.

The full entry list for the World Cup is due to be announced on October 24.