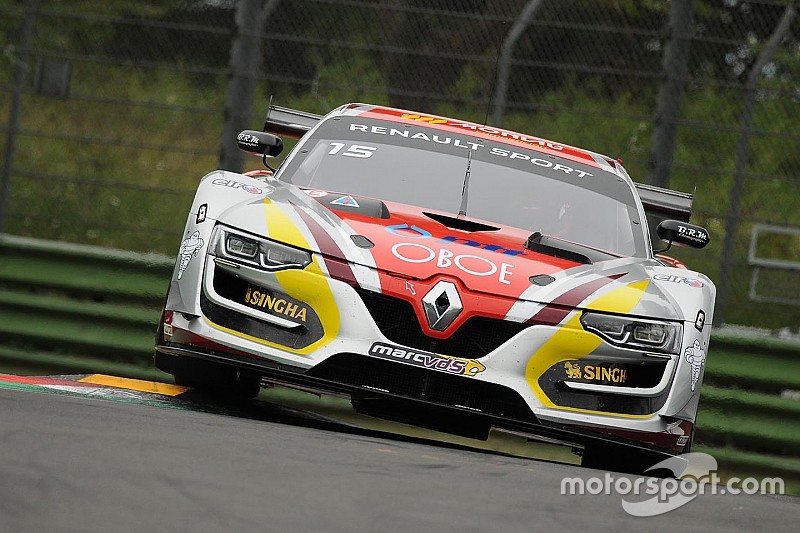 With both Marc VDS cars starting from the front row, pole-sitter Schiller had a better start but Rueda put pressure on the German from the get go.

Rueda made his move on Lap 9 at Schlossgold and then led the rest of the race, which saw the safety car come out.

The race was neutralised as a result of contact between Jelle Beelen and Miguel Ramos.

Starting third, Ramos dropped back to fifth only to quickly retake position from fourth-placed Fredrik Blomstedt.

He also put Beelen under pressure, the duo going side-by-side and making contact at Rauch, which resulted in both retiring in the pits.

Andres Mendez inherited third as a result and kept the position on the restart to celebrate his second podium finish in four races.

Max Braams, who sent Blomstedt into a spin earlier in the race while running fifth, took advantage of Ben Anderson running slightly wide at the final turn and stole fourth.

Anderson crossed the line fifth but received a 10-second time penalty for track limits and fell outside the top 10.

The top 10 was completed by Jeroen Schothorst, Christophe Hamon and Carmen Jorda, who recovered from having to pit because of a black and orange flag.