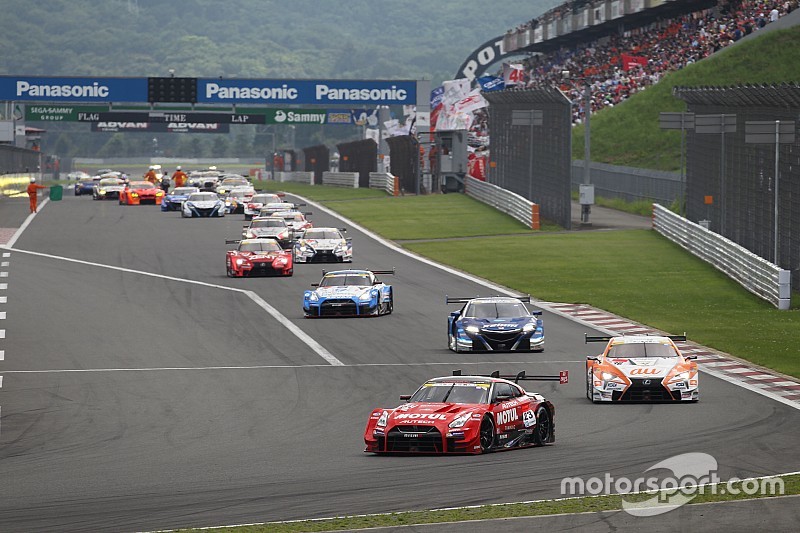 Nissan, Honda and Toyota have all committed to field factory teams in the Suzuka 10 Hours round of the Intercontinental GT Challenge next year.

The three Japanese car makers made the pledge at the official launch of the race ahead of this weekend's Suzuka 1000km round of the Super GT Series, which the 10-hour fixture will supersede in 2018.

The manufacturers have yet to reveal how many cars and which teams will represent them in the new Asian round of the series that links the big GT3 enduros around the world, which is scheduled for August 26 next year.

Nissan will field the new version of its GT-R NISMO GT3 and Honda the NSX GT3, which will race for the first time outside of North America next year, while Toyota is likely to be represented by the GT300-spec Prius apr GT V8-powered hybrid.

Stephane Ratel, boss of the IGTC and the architect of the GT3 category, said: "Cars and drivers travelling from all over the world to race against Super GT teams for the first time, and at a circuit as respected as Suzuka, makes for a mouthwatering prospect. It will be a truly special occasion."

A ¥100 million (£700,000) prize fund has also been announced for the event, of which 30 percent will to the overall winner. The top six Asian teams will also receive prize money.

The Suzuka 10 Hours will be open to GT3 machinery as well as other cars competing in Super GT's GT300 class and the ST-X division of the Super Taikyu series in Japan.

Pirelli has been announced as the official tyre supplier for the event, while there will be classes for pro, pro-am and amateur line-ups.

Suzuka will replace the Sepang 12 Hours as the Asian round of the IGTC, which is made up of the Bathurst 12 Hours, the Spa 24 Hours and the new-for-2017 California 8 Hours at Laguna Seca in October.

Manufacturers are encouraged to provide factory support and drivers to local teams competing in their own markets.

Honda NSX GT3 to be made available to customers