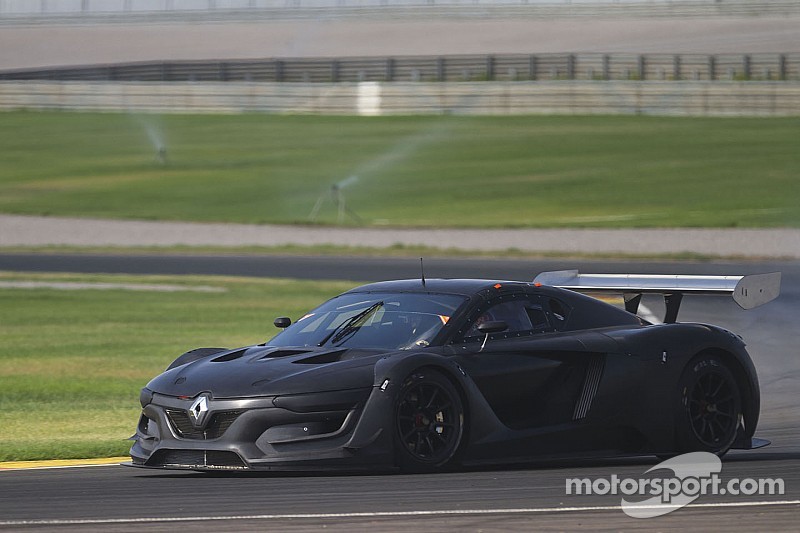 The R.S. 01 has finally turned some laps and Renault is happy with how it turned out.

In conjunction with its official presentation at the Moscow International Automobile Show, an important phase took place last weekend at the Autodromo di Franciacorta with a 50km shakedown for the Renault Sport R.S. 01.

The first test was run on the Valencia circuit on Wednesday. This race car with a spectacular style and extraordinary performance was entrusted to former Eurocup Formula Renault 2.0 and Eurocup Mégane Trophy champion, Albert Costa, as well as Blancpain Endurance Series driver, the Spaniard Andy Soucek.

Everything went according to plan during this first outing, both in the short stints and the long runs

The programme focused on learning about the sedan before beginning the development work. The Renault Sport R.S. 01 put in more than 400 trouble-free kms over the first two days of testing, while quickly reaching the one-minute, 30-second bar.

Designed to compete in the World Series by Renault, the Renault Sport R.S. 01 aims to be the new benchmark for "sedan" promotional categories. It will now go through an intensive development programme until December.

The World Series by Renault spectators will get a chance to see the Renault Sport R.S. 01 during the Paul Ricard and Jerez meetings ahead of its introduction in 2015.

"To see the Renault Sport R.S. 01 on track is the first result of all the work of the competition department, as well as all of our technical partners", detailed Renault Sport Technologies

It is a very competitive car. Its potential is stunning. We quickly felt its enormous downforce and balance

Technical Competition Director, Christophe Chapelain. "Everything went according to plan during this first outing, both in the short stints and the long runs, which is a great satisfaction."

"The Renault Sport R.S. 01 is a well-born car", detailed Andy Soucek. "Once the learning period was done, we made major improvements in all areas. It is a very competitive car. Its potential is stunning. We quickly felt its enormous downforce and balance, made possible thanks to the combination of the aerodynamics, weight and tyres.

The work that can be done to make it even better is promising. Renault Sport and its partners are on track to achieve what they wanted: a car between a DTM and a GT3, whose performance makes it accessible to drivers of all levels. "