Title fight goes on at Silverstone for Montermini and Schirò 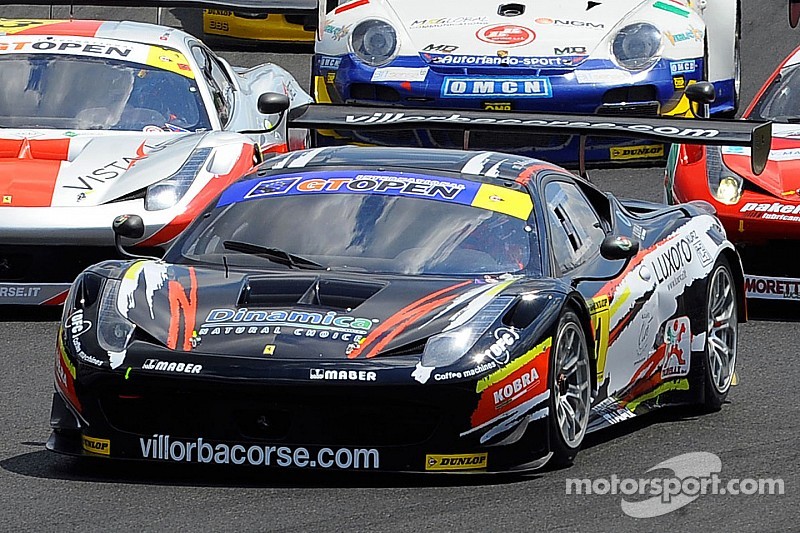 #1 Villorba Corse Ferrari 458 ready to push hard in the fifth round of the International GT Open on July 19-20: “A crucial weekend for the championship”

Treviso (Italy) - Scuderia Villorba Corse and their #1 Ferrari 458 are about to get back on track for the fifth round of the International GT Open. The event is to be held from July 18 to 20 on one of the most technical track: Silverstone. Entered in the Super GT class, the Italian team led by Raimondo Amadio and the crew formed by Andrea Montermini and Niccolò Schiro fly to England to claim the GT Open leadership back.

Actually, for the F1 driver and reigning GT Open champion from Modena and the 20-years-old 2012 European F3 open champion Silverstone represents a crucial weekend both in the view of overall and Super GT standings as the English track marks the halfway point of the season before the final rush with Spa, Monza and Barcelona after the summer break.

“Silverstone opens the second half of the season- says Amadio, Team Principal -. This track gave us great success in the past. However, in a very busy month, it will be a very tough weekend where we want to regain the top of the standings. We are happy with the new handicap system and confident about our drivers and their increasing performances.”

“Silverstone track is one of the 'temples of speed' - says Montermini -; you need specific data and points of reference in order to find an effective setup. So we are expecting a very challenging job. We have to work very hard to retake the leadership.”

In Silverstone eighteen GT cars are expected to get on track starting from the two free practice sessions which will open the racing weekend on Friday, July 18. On Saturday qualifying sessions are scheduled at 9:15 and 11:35 GMT (10:15 and 12:35 in the rest of Europe) and race-1 will take place at 14:55 GMT (15:55 in the rest of Europe).