Guven and Yoluc started from pole position, ahead of Team UK pairing Chris Buncombe and Christopher Froggatt in their Ferrari 488.

After a safety car period for a first-corner incident, the Turkish entry dropped from the lead to third after being passed by both the Team UK and Russia cars.

After the pitstops, Team UK continued to lead, but Turkey’s Guven was on a charge. The 2018 Porsche Carrera Cup champion of both France and Benelux passed Russia’s Denis Bulatov, and then carved into the nine-second advantage held by Buncombe with 28 minutes remaining.

Just 12 minutes from the end, Guven grabbed the lead and went on to record a 3.311s victory for Turkey, ahead of the UK Ferrari.

Russia, represented by Bulatov and Rinat Salikhov, lost third place to Team Denmark duo Nicklas Nielsen and Johnny Laursen, and was forced to settle for fourth.

After launching in Bahrain, the 2019 FIA GT Nations Cup will be held in Europe next year, at Italian venue Vallelunga. 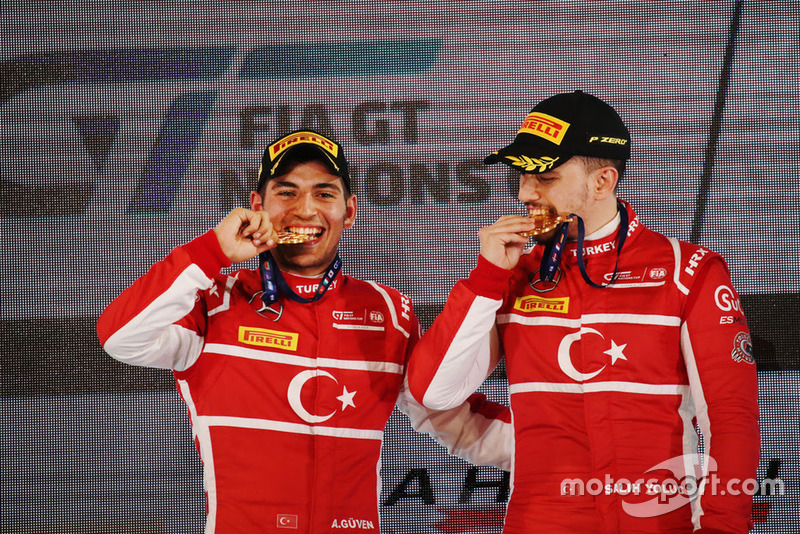