Tutumlu drives his SRT Corvette to victory at Algarve 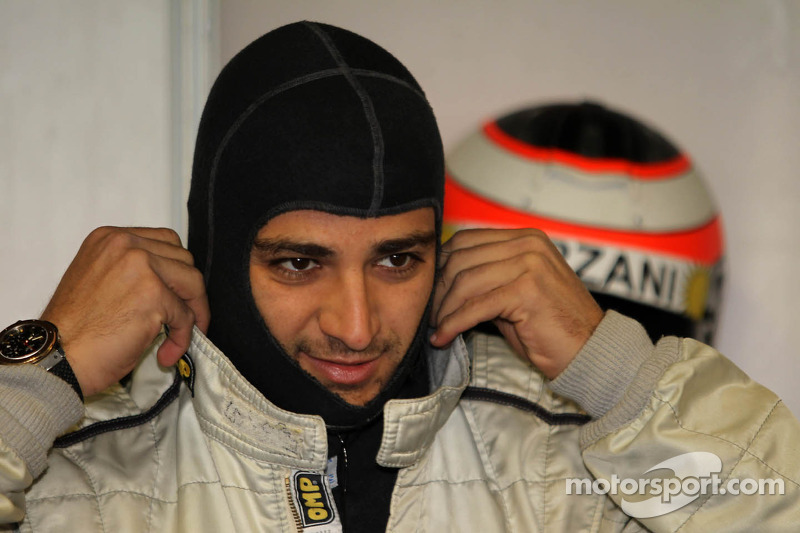 The SRT Corvette took its second win of the season, as Isaac Tutumlu (in photo), who debuted at the wheel of the American car of the Belgian team by taking the pole, and points standings leader Maxime Soulet took a brilliant win in Race 1 at the Algarve. They beat the Villorba corse Ferrari of Andrea Montermini-Niccolò Schirò and the other Corvette of V8 Racing driven by local star Miguel Ramos and Nicky Pastorelli.

The race was intense and closely-fought in the GTS class and ended with a 1-2-3 of Ferraris. Stefano Costantini and Alan Sicart took a well-deserved first seasonal success for Ombra Racing, beating the SMP Racing pair of José Manuel Aicart-Viacheslav Maleev (who won the Gentlemen’s Trophy) and the AF Corse car of Paolo Ruberti-Giorgio Roda, delayed by a contact in the early laps.

At the start, Tutumlu imposes the power of the corvette ahead of Mavlanov, Montermini, Gattuso, Ramos, Ruberti, Campaniço and Sijthoff. In the confusion of first corner, Maleev spins in the middle of the group and Sicart goes straight, while Castellacci is out of the race a couple of corners later. In lap 1, Montermini takes second at the hairpin. In lap 7, Gattuso takes third from Mavlanov while Sijthoff has passed Campaniço for 7th. Soon after, the Dutchman collides with Ruberti who spins. Sijthoff gets under investigation but that doesn’t prevent him to pass team mate Ramos and starting to attack Mavlanov, who is struggling to stay ahead. He takes over in lap 11, but he is imosed a drive-through soon after for the earlier incident.

Now the battle is between Mavlanov and Ramos, with Campaniço closing up on the duo. They are followed by Sicart, Derdaele and Jacoma.

With the support of In lap 29 Soulet passes Schirò and takes the lead, but the big battle is for fourth between Zampieri and Pastorelli and sees the two men passing and repassing each other in lap 29. Pastorelli manages to make the breakthrough and on lap 33, he overtakes Costantini, who also has to let go Zampieri, but finishes an excellent fifth and takes the GTS win.

CHAMPIONSHIP STANDINGS AFTER RACE 3 OF 16