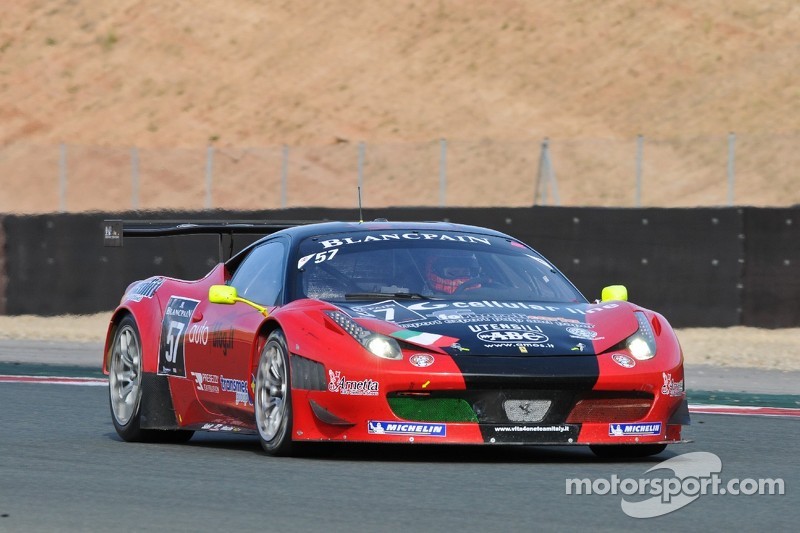 The Blancpain Endurance Series ended yesterday in Navarra with an unlucky twist for Vita4One Team Italy who got to Spain with the lineup made by Eugenio Amos, Alessandro Bonacini and Giacomo Petrobelli in the fight for the Pro-Am title.

After a level qualifying, in the first two hours of the race everything went well with Petrobelli and Amos always leading the direct rivals in the respective stints and therefore they were virtually the champions. 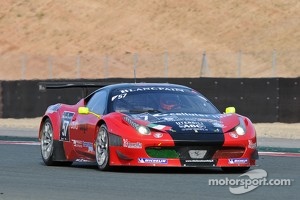 Towards the end of the second hour though, a trivial problem to a wheel bolt forced the number 57 Ferrari 458 Italia to an unscheduled pit stop lasting several laps which compromised the outcome of the race and voiding all the lineup chances to get the title.

The very good work done by the mechanics allowed the car to get back on track but the delay was too high to allow a recover.

Matteo Bobbi (Vita4One Team Italy, Team Principal): "We have been the champions for three quarters of the race and seeing the title vanishing due to an unpredictable problem leaves a bad taste in the mouth.

Team and drivers are beyond reproach: Vita4One Team Italy got birth less than a year ago and finished the season in second place at the debut in a high level championship like Blancpain Endurance Series.

Our balance is therefore more than positive and fighting until the end for the title against a strong rival like AF Corse, to whom my compliments go, made us all very proud".

The final classification of Pro-Am sees Machiels and Hommerson champions with 76 points, followed by Amos, Bonacini and Petrobelli at 65. Vita4One Team Italy ends the season with a win and three podiums in six rounds.