The 25-year-old, who made his grand prix debut in Bahrain last year, will race a Lamborghini Huracan GT3 EVO fielded by the factory-supported Emil Frey Racing squad in both the Endurance Cup and Sprint Cup legs of the GTWCE this year.

Aitken is moving into sportscar racing after three seasons in Formula 2 to share a Pro class entry in the full championship with Finn Konsta Lappalainen.

Frenchman Arthur Rougier will join them for the five endurance events, which include the Spa 24 Hours in July.

Lappalainen is switching to sportscars from the Formula Regional European Championship, while Rougier raced in the GTWCE Sprint Cup last season with the Sainteloc Audi squad.

Aitken said: "Jumping straight into this championship coming from a single-seater is a huge challenge for me, but I feel ready to take that step and I know the team will help me grow and ensure that we’re ready for the season kick off.

"After the first test it was clear to me that we have a solid package for the championship.

"Our driver line-up is strong, and my feeling is telling me that we can push each other to get even stronger during the season."

The Swiss Emil Frey squad is expanding from two to three Huracans for its third season with Lamborghini and second racing in the GTWCE with the marque.

Lamborghini factory drivers Albert Costa and Norbert Siedler will share the second car in all 10 races, with another works driver, Giacomo Altoe, joining them for the endurance events.

Alex Fontana and Ricardo Feller will drive a car fielded in the Silver Cup division across the full championship, while Rolf Ineichen will be the third driver in the enduros.

All six of these drivers raced for Emil Frey last year.

"The team will definitely be a main player in both classes, having a strong combination of Pro and talented Silver drivers who are very well known in the Lamborghini family."

Emil Frey team boss Lorenz Frey-Hilti added that he is "excited and optimistic about the continue and strengthening our partnership [with Lamborghini] by adding a third car".

The GTWC Europe Endurance Cup is scheduled to begin at Monza on 18 April and the Sprint Cup at Brands Hatch on 2 May. 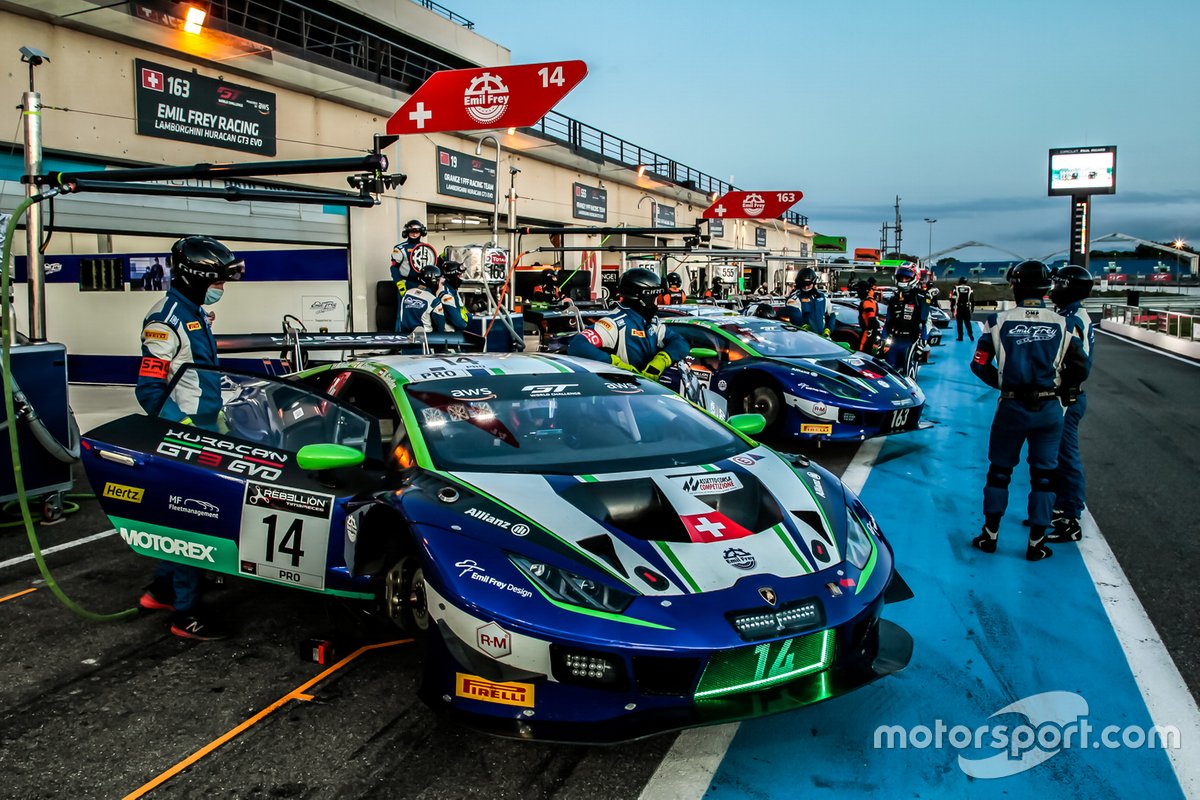 Single-seaters "no longer a priority" for Williams F1 reserve Aitken

Lamborghini has lost pole position for this weekend’s Spa 24 Hours for an engine infringement.