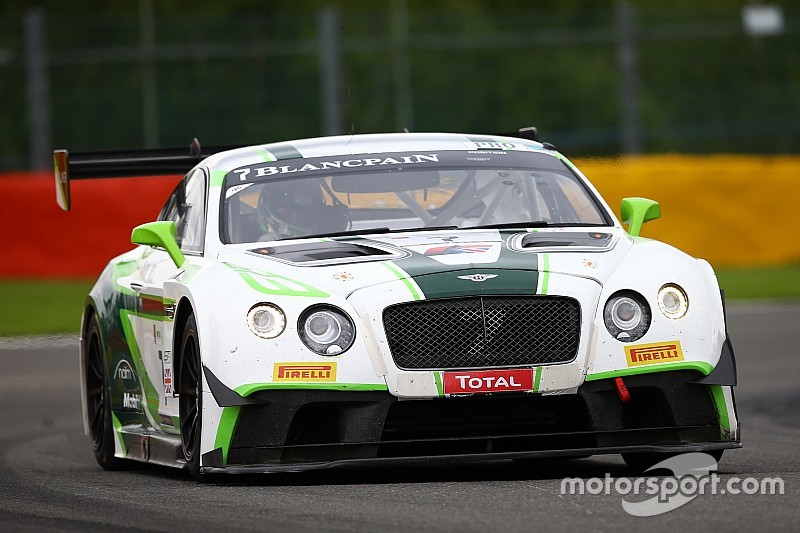 Four Bentley Continental GT3s ready for the 24 Hours of Spa

Crewe – Four Bentley Continental GT3s are set to contest this year’s 24 Hours of Spa, the largest GT3 race in the world. Two Bentley Team M-Sport cars will be joined by two Team Parker Racing customer entries, with both teams aiming to stand on the podium.

The 24 Hours of Spa is the jewel-in-the-crown of the Blancpain GT Series and a highlight in Bentley’s global motorsport programme. More than 60 GT3 cars from the world’s premium car manufacturers battle for the honours that prove engineering expertise in the toughest of conditions.

The pair of Mobil1-sponsored Bentley Team M-Sport Continental GT3s will once again go for overall honours. Sitting in third place in the Endurance championship, the team will also be looking to take maximum points before heading into the final races of the year.

“Although every race in our calendar is important, this one holds extra weight,” explains Bentley’s Director of Motorsport, Brian Gush. “This race has a points system that can totally change the Blancpain GT Series standings with just one endurance round remaining. If you do well here, you can win the title.

“We’re in a strong position as a manufacturer and a podium result is in reach. Although there is some stiff competition to take the overall honours, we have a good line-up in the Bentley Team M-Sport garage and the Continental GT3 is proven to be quick, reliable and durable.”

Team Parker Racing to contest the Pro-Am and Am classes

Bentley’s Blancpain Endurance Series Cup customer team, Team Parker Racing, will also contest the race with its two Continental GT3s and sights set firmly on podium results in the Pro-Am and Am classes.

“Team Parker Racing are capable of a podium in both the GT Pro/Am and GT Am classes, with a strong car and a great driver roster,” concluded Gush.

Guy Smith, car #7: “We’ve had a bit of a mixed season leading up to Spa 24 Hours but we’re actually feeling more confident now than at any point so far. We showed great pace at Paul Ricard, last month, and led the race with ease so we know we have the pace.”

Maxime Soulet, car #8: “As well as being the largest and longest event of the season, this is also my home event, so it’s extra exciting for me. I’m extremely proud to be racing for Bentley here in front of my home crowd. It’s what every driver dreams of. Getting a podium here in the Continental GT3 would be an incredible result.”

Thousands of fans gather for Total 24 Hours of Spa Parade