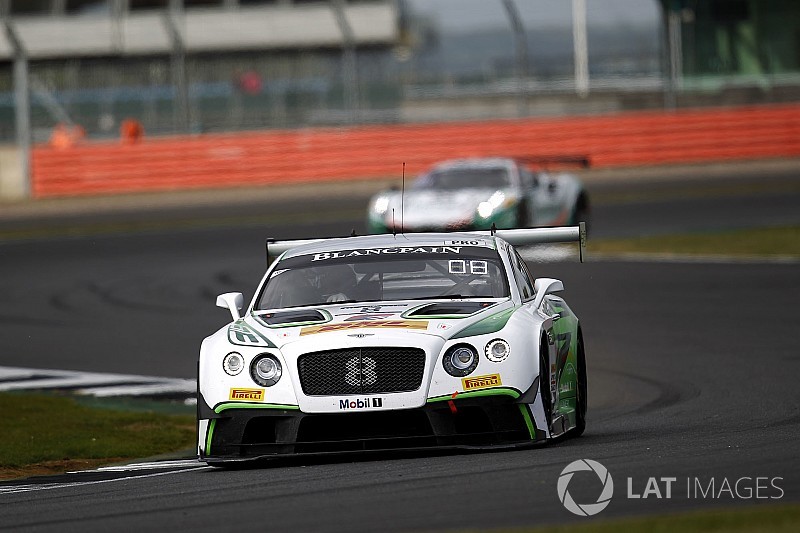 The trio triumphed by just over half a minute over the SMP Racing Ferrari shared by Davide Rigon, Miguel Molina and Viktor Shaytar to take the lead of the championship ahead of the blue riband Spa 24 Hours round next month.

Soulet said: "The car was perfect and everything went according to plan.

"We stopped early under the full course yellow, which was the key today.

The Ferrari had qualified second and held that position until the first round of pitstops, but lost time there and spent the rest of the race playing catch-up.

The winning Bentley was among a raft of cars to make its first pitstop during a full-course yellow period shortly after the race was 30 minutes old.

This gave them a crucial advantage over the pole-winning HTP Mercedes in which Yelmer Buurman led for the first hour.

The Merc, in which the Dutchman was joined by Adam Christodoulou and Luca Stolz, repeatedly returned to the top of the order as the different strategies cycled through.

It pitted out of the lead with 40 minutes to go, rejoining in third more than a minute behind the Bentley before retiring.

That allowed the factory WRT Audi R8 driven by Rene Rast, Antonio Garcia and Nico Muller to come through to take third position.

Rast moved past Alex Buncombe in the #23 RJN Nissan and Daniel Juncadella's ASP Mercedes in the closing stages to claim the final spot on the podium, albeit 49s behind the Ferrari in second position.

Juncadella and teammates Renger van der Zande and Felix Serralles took fourth, while Buncombe faded to fifth in the Nissan he shared with Katsumasa Chiyo and Matt Simmons.

The Grasser Lamborghini Huracan that won the opening two rounds of the Endurance Cup with Mirko Bortolotti, Andrea Caldarelli and Christian Engelhart could only finish 13th after receiving a one-minute stop-go for avoidable contact.