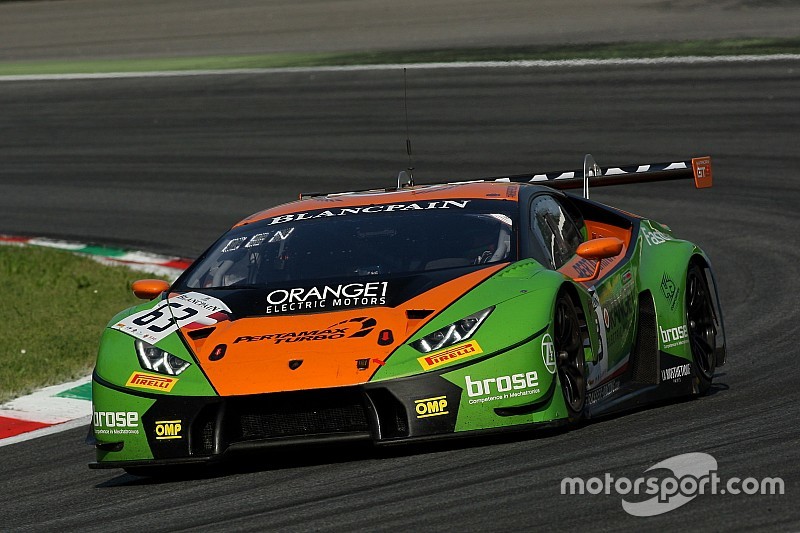 The Blancpain GT Series organiser has hit back at claims from the Grasser Lamborghini team that it was unfairly penalised under the Balance of Performance rules in last weekend's Endurance Cup opener at Monza.

The reigning Blancpain champion team claimed in a post-race statement that an additional 15kg of ballast given to the Lamborghini Huracan GT3s ahead of qualifying on Sunday was a reaction to its successes so far this season.

So far in 2018, the Austrian team has taken GT Daytona class victory at the Rolex 24 at Daytona and wins in the opening rounds of the Blancpain Sprint Cup at Zolder and the ADAC GT Masters at Oschersleben.

"The additional 15kg weight handicap applied to the Lamborghini Huracan cars for the BGTS event at Monza was not imposed as a reaction against the GRT Grasser Racing Team’s success in previous races, but rather to correct an increase in engine power output recorded during the free practice sessions," it read.

"Data collected after free practices one and two on a number of the Lamborghini Huracan cars, including those entered by GRT, showed engine power output levels greater than those collected during the official Balance of Performance (BOP) tests carried out by SRO.

"As a result, the series technical director applied article 101 of the BGTS sporting regulations, allowing for a change of BoP at any time during a race meeting."

Team boss Gottfried Grasser claimed GRT was "being punished for hard work during the winter and some 14 days of testing in preparation for the 2018 season".

"In order to get to grips with the new [Pirelli] tyres, we racked up countless miles in testing and acquired and compared a huge amount of data," he continued.

"When this is the ‘reward’ by the organisers in order to slow us down, we will probably do without such expensive preparation in 2019 and rather go skiing to get ready for the 2019 season."

Mirko Bortolotti, Andrea Caldarelli and Christian Engelhart qualified only 13th in Monza, but came through to finish fourth, only losing a place on the podium in the closing stages.

Asked after the race whether they could have won without the 15kg BoP change, Bortolotti told Motorsport.com: "Would have, could have, should have, I don't know.

"All I know is that today we made no mistakes, had a perfect strategy and got everything we could out of the car."

The race was won by the WRT Audi R8 LMS shared by Christopher Mies, Alex Riberas and Dries Vanthoor.