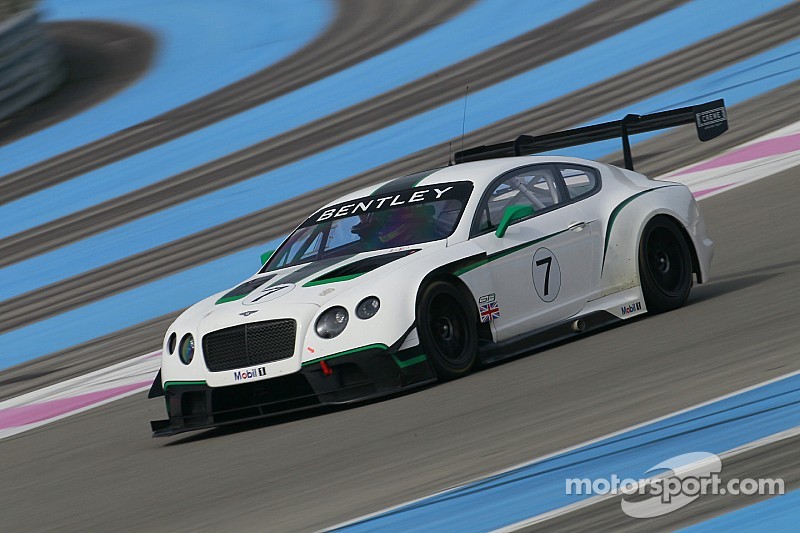 Bentley ace Steven Kane spoke to Sam Smith ahead of setting off for this weekend's Blancpain Endurance Series opener at Monza.

Works M-Sport Bentley driver Steven Kane is aiming to go one better in 2015, and along with his team mates Guy Smith and Andy Meyrick, lift the Blancpain Endurance Series title trophy.

The Northern Irishman emerged as one of the top-line GT3 drivers in 2014 hunting down first Andy Soucek at Silverstone and then Nicolas Lapierre at Paul Ricard to execute two victories for the legendary Bentley marque.

"It was a very good year in 2014 but as soon as it was done we were focusing on how we could challenge more consistently for the title this year," Kane told Motorsport.com.

"For 2015 we have great continuity in the M-Sport Bentley team which is very important of course," he continued. "When you race in a team with two other colleagues you have to know them very well, both in and out of the cockpit.

"It is vital for smooth driver changes, data gathering/analysis and also just generally forming a common bond to go out there and do the business on the track.

"Guy (Smith) and Andy (Meyrick) are perfect team mates in many ways and they share the same drive and ambition that we all have in the team.

"We get along very well and do a lot of training and socialising together. It is vital to have this relationship and it pays huge dividends throughout a long, hard season."

Along with the likes of Maxi Buhk, Laurens Vanthoor and Stephane Ortelli, Kane became one of the benchmark performers in Blancpain Endurance last year. He also made his Nordschleife and Bathurst debuts over the last nine months or so.

Both of the legendary tracks were manna from heaven to the ultra-competitive Kane, who is relishing adding the Nurburgring 24 Hour race to the homecoming Silverstone event and the Spa 24 this summer.

"What incredible tracks we race on!" he said. "There isn't much that can prepare you for places like Bathurst because it is totally unique. There is so much gradient and camber and pretty much all of it is a big, big challenge. I loved it.

"We had a good weekend there and although there was some shared disappointment in eventually coming fourth after leading the race in the late stages, it was still a very solid result."

"We can't wait to get started this weekend at Monza," added Kane. "We are ready to take it to our competitors. We want to fight for the title like we did last year but this time emerge victorious. We will give it absolutely everything.

"We are in good shape but we know it will be tough. The Blancpain is after all the biggest and best GT3 series in the world.

"Monza is always tough as we found last year. With the GT3 regs being set and the car homologated there are not many huge technical steps we can take in terms of development. So we have looked at maximising lots of incremental steps in the set-up, tyres, driver changes, pit procedures, etc."