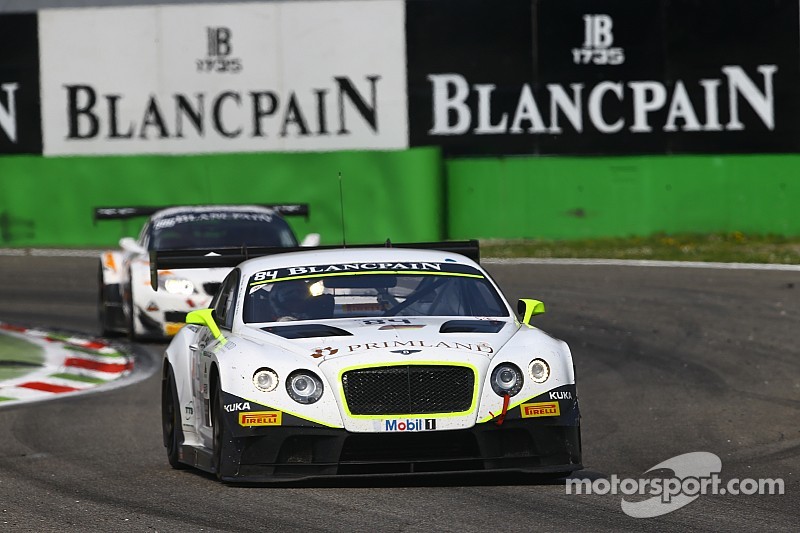 Bentley Team HTP race at Monza and the Nürburgring.

Bentley Team HTP was on double duty this weekend and raced in endurance events in Italy and Germany. While Harold Primat (CH), Vincent Abril (F) and Mike Parisy (F) competed at the season opener of the Blancpain Endurance Series at Monza/Italy, Jeroen Bleekemolen (NL) / Christopher Brück (D) and Clemens Schmid (A) / Lance- David Arnold (D) took part in the Qualifying Race for the 24 hours Nürburgring with two Bentley Continental GT3.

In Italy, a strong performance of Bentley Team HTP went unrewarded: During the first two of three hours, the Bentley Continental GT3 maintained a position in the Top-10. With a Top-10-finish in sight, the Bentley fell victim to contact when a McLaren hit the Continental GT3 driven by Parisy. This denied Bentley Team HTP the chance of a possible top result and championship points.

Qualifying Race for the 24 hours of the Nürburgring

At the same time, the team was preparing for the 24 hours of the Nürburgring and entered two Bentleys in the Qualifying Race. While Bleekemolen / Brück were denied a finish, Schmid / Arnold tested various set-up solutions. At Nürburgring, Bentley Team HTP gained valuable experience and also qualified both cars for the Top 30 Qualifying at the 24h-race in May.

"A big compliment to the whole team and all drivers who delivered a good performance at Monza and at the Nürburgring," said Bentley Team HTP Team principal Norbert Brückner. "At both tracks, our cars and drivers were very competitive. Unfortunately, we fell victim to an unnecessary accident at Monza and our drivers weren’t rewarded for their strong performance. At the Nürburgring, we built the foundation for the 24-hour race. Our drivers Lance-David, Jeroen, Clemens and Christopher managed to qualify both our Bentley for the Top-30 Qualifying.“

Harold Primat: "We truly deserved some championship points at Monza, because the team prepared a very strong car for us. We were competitive, our strategy went very well and we were on route to a top-five position in the Pro-class. But then we got hit. Between practice and qualifying we made some changes to the car and during the race I needed a couple of laps to get used to this, but then it worked quite well. The Bentley is still a new car to the team, but we are already very competitive at this early stage.”

Vincent Abril: “The early end at Monza was a shame. But beside that and even more important to me was our good performance. It was my first race in the Blancpain Endurance Series and for me it went well. In my qualifying session I was fifth in a 60-car field, which is quite good. After starting eleventh in the race, I quickly moved up to fifth place, so I was satisfied with my very first endurance stint. The team prepared a very good car and it was really nice to drive in the race. This makes me confident for a good performance during the next races.“

Mike Parisy: "Together with the team we worked well over the weekend and had a great car. In the race I found a good rhythm and the car was a pleasure to drive, but then an amateur driver took out our car. Unfortunately something like this can happen, but it is of course very annoying. However, it was important that the performance of all three drivers was good and we had a fast car. Even if we were unlucky in Monza, the knowledge of having a good car makes me smile when I think about the next races.“