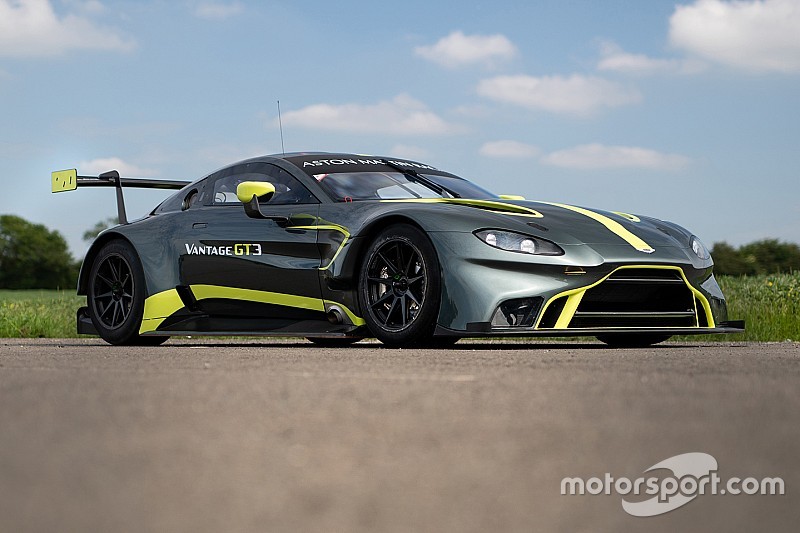 The Garage 59 team will run Aston Martins in the Blancpain GT Series Endurance Cup and Intercontinental GT Challenge in 2019 after splitting from McLaren.

The East Midlands-based team will field a pair of Aston Martin Vantage GT3s in the full Blancpain Endurance Cup and enter selected IGTC events this season.

One Vantage will be entered in the pro class of the Blancpain enduros and a second in the amateur class by Garage 59, which ran McLaren machinery from 2016 up until last season.

Its IGTC programme will include one-car assaults on the Suzuka 10 Hours in August and the revived Kyalami 9 Hours fixture in November, as well as its participation in the Spa 24 Hours in July.

Garage 59 will have the highest level of customer support from the Prodrive-run Aston Martin Racing organisation.

Team principal Andrew Kirkaldy said: "We're delighted with our new partnership with Aston Martin and we very much look forward to working with them.

"The Vantage GT3 looks like a promising race car: it's a very high-end GT based on a strong foundation car so we have high hopes for the season ahead."

AMR president David King described Garage 59's switch to the Vantage as a "strong endorsement of the potential of the new car and AMR's ability to deliver competitive, customer-focussed machinery".

Drivers have yet to be announced for the Garage 59 Astons.

The team will test its Vantages for the first time at Paul Ricard this week with factory Aston driver Jonny Adam, team regular Andrew Watson and Chris Goodwin.