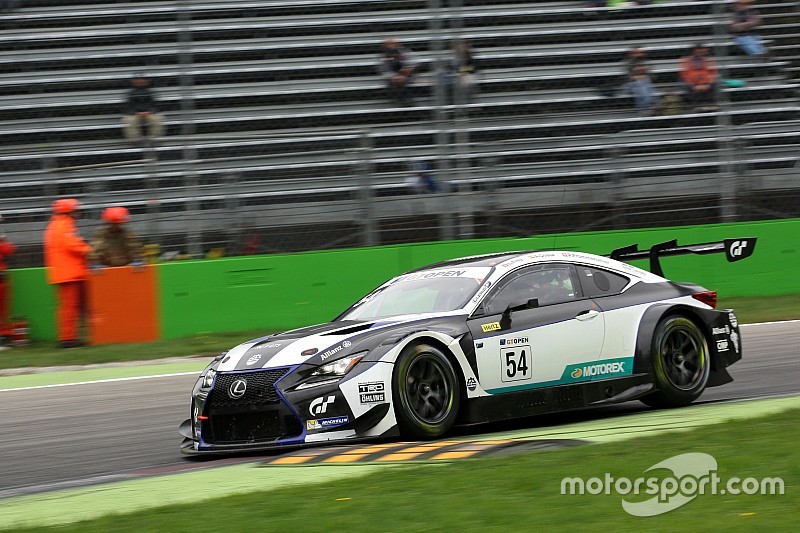 A pair of Lexus RC F GT3s will be entered in both the Endurance and Sprint Cup segments of the BGTS by the Swiss Emil Frey team.

The full BGTS programme follows a one-off at the Nurburgring sprint round at the end of the last season, as well as a campaign in the International GT Open series.

They will be joined by Markus Palttala, winner of the Spa 24 Hours in 2015, and Norbert Siedler, who raced for the team for last year's Barcelona endurance finale.

Frey will also enter its XKR-based GT3 Jaguar in selected races, including the Monza, Silverstone and Paul Ricard enduros.

Alex Fontana will stay with the team and will be joined by Adrian Zaugg and Mikael Grenier.

The French Sainteloc Audi squad, which won last year's Spa 24 Hours BGTS blue-riband round with factory backing, is expanding its assault on the BGTS this year.

It will run a pro class Audi R8 LMS in all the enduros, whereas last year it only contested the Paul Ricard and Spa races in the top division, and increase its presence Sprint Cup with two pro entries.

Audi factory drivers Markus Winkelhock and Christopher Haase, who were part of its winning Spa line-up last year, are the drivers confirmed so far.

Repaving Fontana would be a "huge mistake" - Truex