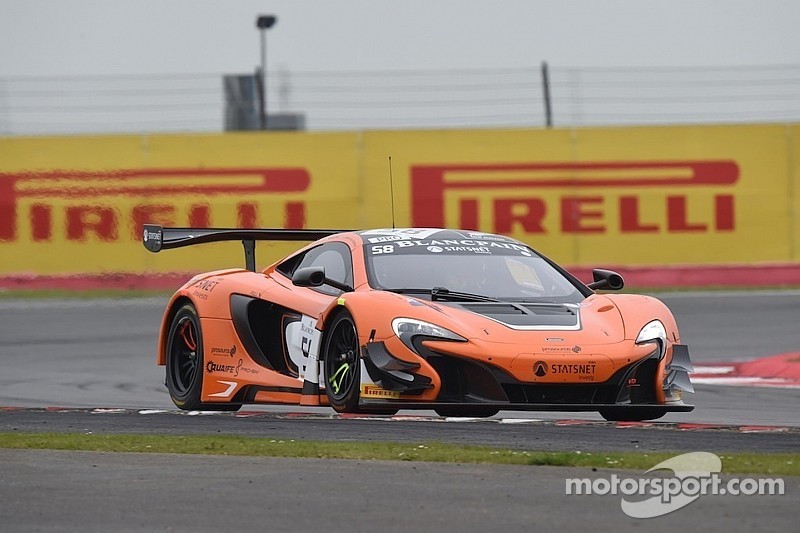 McLaren took its first win of the 2015 Blancpain GT season at Silverstone in dominant fashion with its drivers Rob Bell, Shane van Gisbergen and Kevin Estre.

The #58 VonRyan Racing-run McLaren 650S started the race from fourth, but quickly took the lead after the Nissan GT-R of Alex Buncombe, Katsumasa Chiyo and Wolfgang Reip that started from pole suffered damage and fell down the order, eventually finishing 13th.

Both Vanthoor and Frjins told Motorsport.com that the performance deficit to the McLaren was too high around the Silverstone circuit, although this didn't stop Vanthoor from pushing all the way to the finish.

The gap to the McLaren hardly came down in the last hour of racing as Vanthoor was locked in a battle to secure his second place earlier in his stint.

Bentley M-Sport had an average race 12 months on from their victory at Silverstone last year, Maximilian Buhk, Andy Soucek and Maxime Soulet finishing sixth after taking a drive-through penalty for avoidable contact.

The Pro-Am category was won by the #32 Leonard Motorsport Aston Martin of Stuart Leonard, Michael Meadows and Paul Wilson, followed by the #22 Nissan GT-R in the hands of previous GT Academy winners Jann Mardenborough, Gaetan Paletou and Ricardo Sanchez.