Marciello grabbed the top spot in the Super Pole session for the fastest 20 cars from the opening qualifying session on Thursday aboard the #88 ASP Mercedes-AMG GT3 he shares with Daniel Juncadella and Jules Gounon.

The Italian, running last in the Friday evening session after he and his team-mates came out fastest on aggregate in first qualifying, posted a 2m17.949s on his first flying lap to take the pole for the double-points round of the GT World Challenge Europe Endurance Cup.

His second lap was slightly slower, but would have still been good enough for pole had it not be deleted for a track limits violation.

Bortolotti, who is teamed with Andrea Caldarelli and Marco Mapelli, set a 2m18.252s on the second of the two flying laps allowed to each car after losing the first to track limits. Third place went to Maro Engel in the best of the Haupt Racing Team Mercedes with a 2m18.545s.

The German driver was initially fourth at the end of the 30-minute session, but was promoted to third when Nicki Thiim in the factory-backed Garage 59 Aston Martin Vantage GTE was penalised for leaving the pits too late, dropping him eighth.

Ricardo Feller, the fastest driver across the four mini-sessions on Thursday, took fourth with a 2m18.561s for the Emil Frey Lamborghini squad. 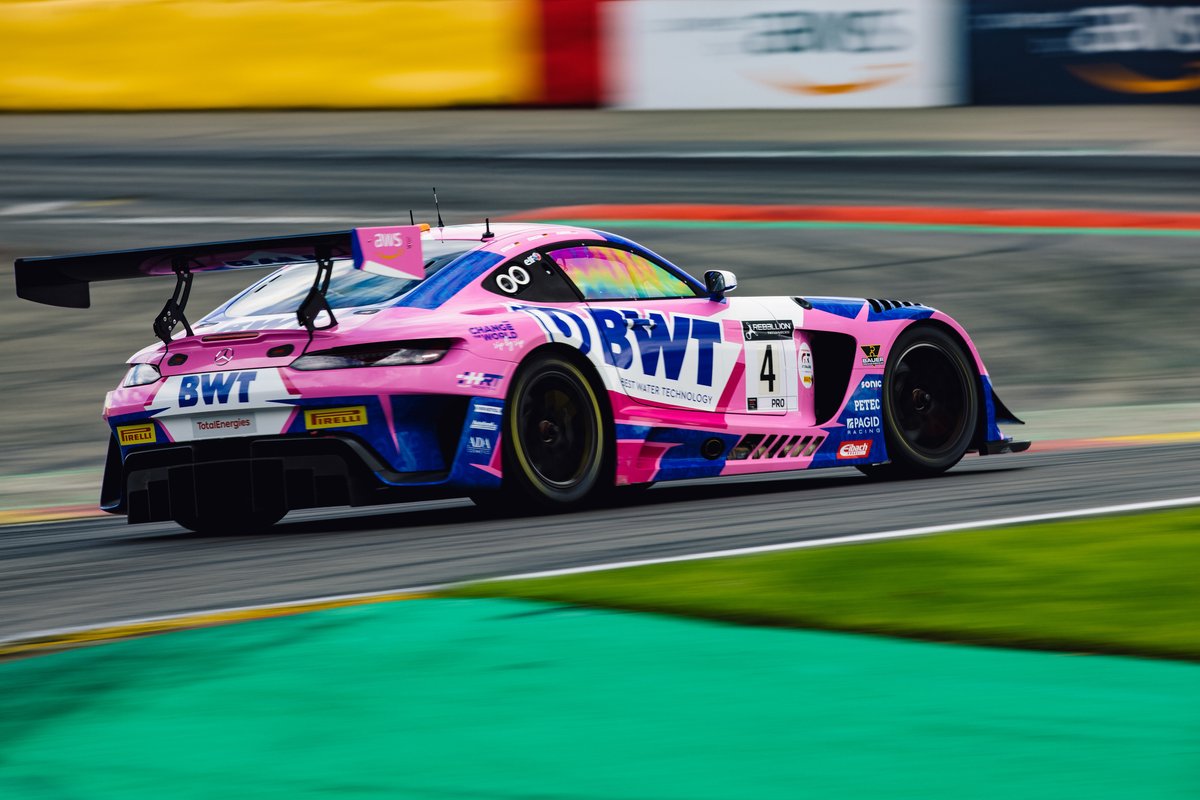 Sheldon van der Linde ended up fifth in the fastest of the two Walkenhorst BMW M6 GT3s courtesy of a 2m18.590s. The top six was rounded out by Ben Barnicoat, who was just seven hundredths behind on a 2m18.597s aboard the JOTA McLaren 720S GT3.

Mattia Drudi was the fastest Audi driver in the factory Attempto R8 LMS GT3 in seventh place ahead of the penalised Thiim.

The quickest entry from Porsche, winner of the past two editions of the Spa enduro, was the ART-run GPX 911 GT3 R of Mathieu Jaminet.

The 73rd running of the Spa 24 Hours starts at 1630 BST on Saturday. Motorsport.tv viewers can watch it live (not available in the USA).