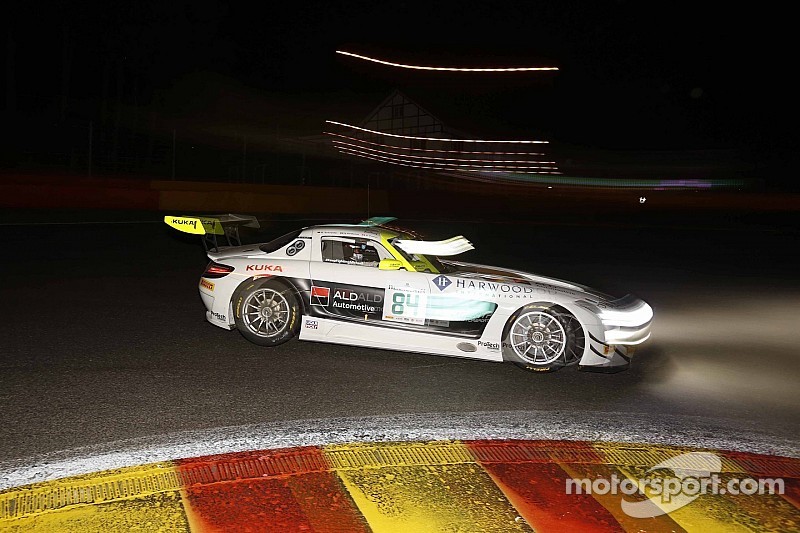 Drives 11 hours on the way to a strong finish.

This 2014 edition of the “Total 24 Hours of Spa” was undoubtedly one of the most gruelling races of recent years, with a series of pile-ups and serious accidents (including one that neutralised the race for over one hour!), principally owing to a lack of experience of some drivers at this level.

For Nico Verdonck at the wheel of the ALD Automotive HTP Motorsport Mercedes it was a promising start. Having set off from 7th place on the grid he swiftly moved up into 5th slot. As dusk was descending on the circuit the Mercedes # 84 was up in 3rd place, and during the night the car was one of the fastest, just behind the various Audis.

Unfortunately two punctures and a splitter problem brought the team’s ambitions into jeopardy, but notwithstanding that they finished the race in 9th place overall (6th place in the PRO class), giving HTP Motorsport a second car in the top 10 (the # 86 crossing the line in 5th place), which is an honourable outcome taking into account the twenty odd cars - some highly promising contenders – that did not finish the race.

Nico drove no less than five double stints, representing a total of 11 hours of hard driving in this race!

Said Verdonck: “It was an awesome race with a fair amount of incidents. We experienced a few worries and, at a given moment, it became obvious that we would not be in a position to win as the Audi cars really stood out. I would like to take this opportunity to thank my partner ALD Automotive and all the guests who really supported us throughout this weekend. For our team it was an enjoyable 24 Hours, and for me to be able to share these intense moments with them. My thanks also to the HTP Motorsport team who put in some invaluable work before as also during the race. This is an ideal car for endurance racing. She is very comfortable and I thoroughly enjoyed driving it. My teammates worked really hard and Bernd Schneider is still as fast as ever! My thoughts are also with the injured drivers, and I hope that they are now recovering and doing well. A special word of thanks to all the marshalls, who put in extremely hard work and not forgetting their speedy interventions. I truly take my hat off to them.”

The next race for Nico Verdonck will be at the 1000km of the Nürburgring (Germany) for the final round of the Blancpain Endurance Series to be held on the 20th and 21st September 2014.