The #22 GPX Porsche claimed victory in the second round of the GT World Challenge Europe Endurance Cup at Paul Ricard, as the polesitting FFF Racing Lamborghini faded late on.

In something of a slow burner, the race came alive in the final hour as the #63 Lamborghini crew of Andrea Caldarelli, Mirko Bortolotti and Marco Mapelli – which had dominated proceedings for close to five hours – began to struggle with pace.

Bortolotti started the car from pole and was comfortably in charge at the halfway stage, but a full course yellow period and strong late-race pace from the #22 Porsche, driven by Matt Campbell, Earl Bamber and Mathieu Jaminet, allowed first Jaminet and then Campbell to make the crucial inroads and subsequent overtake on Mapelli with 40 minutes remaining.

Antonio Fuoco also made it past Mapelli inside the final half hour to secure second on-the-road at the finish but was demoted to fifth following a 10-second penalty due to an infringement on the final pitstop.

The #63 Lamborghini inherited third in the end, having initially missed out on the podium places to the #32 WRT Audi of Kelvin van der Linde, Dries Vanthoor and Charles Weerts on the final lap.

The form guide for the race appeared to be thrown out of the window after the opening salvo which largely kept grid order.

Bortolotti scampered away at the rolling start as Fuoco kept his Iron Lynx Ferrari in second after some vigorous defending against Vincent Abril’s HRT Mercedes into the first corner.

The #88 ASP Mercedes of Jules Gounon also followed in tow but neither of the German cars could make any inroads into the lead and Mercedes in general struggled badly during the race.

For Lamborghini, it was an uncompromising start which resulted in Mapelli extending the lead margin in the second stint after taking over from Bortolotti at the end of the opening hour.

Caldarelli then took over for a single stint before the halfway marker and it seemed Lamborghini could not be beaten. 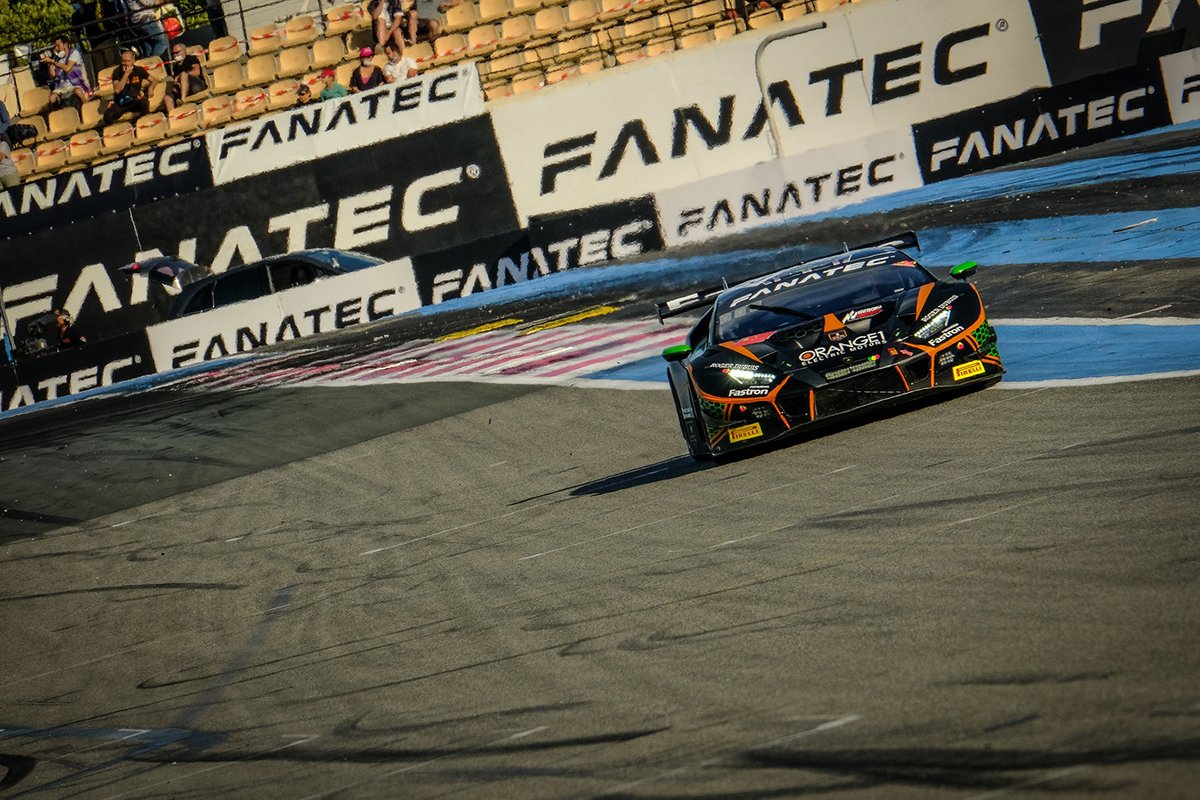 There were challengers in three distinct parts of the race. Having struggled to maintain the same initial raw speed as its Italian rivals, Ferrari appeared to have fallen by the wayside before its final-hour renaissance, while the Walkenhorst BMW of Sheldon van der Linde, Marco Wittmann and David Pittard before they too fell back in the final hour.

The biggest threat came in perennial Endurance Cup specialists GPX, which, by dint of a strategy which enabled it to pit earlier than the leading Lamborghini, sliced the deficit from 12 seconds to six seconds in the hands of Jaminet.

Campbell then took over during a full course yellow period, caused by the stricken #2 Mercedes of Olivier Grotz who spun at Signes, but the #22 lost around eight seconds and one place following a slow pitstop.

Upon the restart, Campbell battled his way around van der Linde for second and, finally in clean air, reeled in and passed Mapelli for the lead after a thrilling panel-bashing fight.

By that point, the top three in the race were split by just seven-tenths of a second, and it wasn’t long before Fuoco – who benefited from strong stints from Callum Ilott and Davide Rigon – got past into second.

The Ferrari was, however, the author of its own downfall in the end following the penalty handed out due to having too many mechanics working on the car at the final stop. This was due to loose bodywork initiated after Fuoco dive-bombed Vanthoor at the final corner during the last stint.