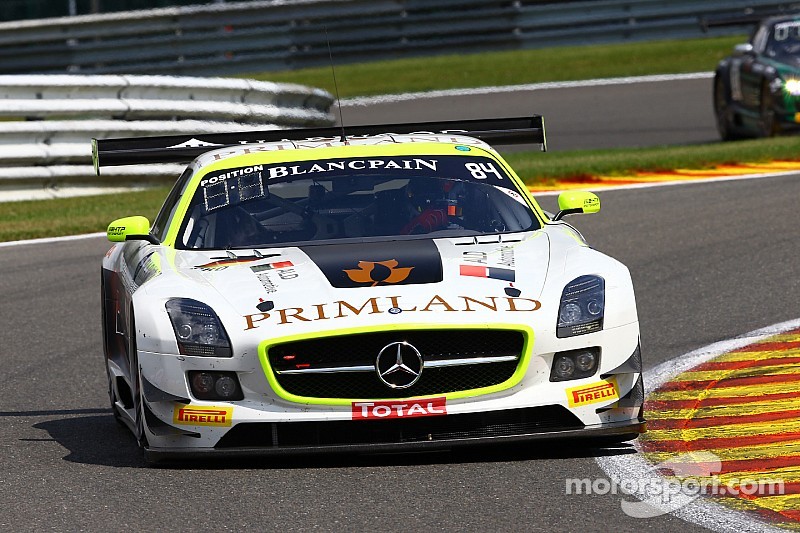 Harold Primat is aiming to finish a solid GT season in fine style when the Blancpain Endurance Series concludes at next weekend’s Nürburgring 1000 (September 20/21).

Geneva-based Primat will pilot HTP Motorsport’s #84 Mercedes-Benz SLS AMG GT3 alongside Nico Verdonck and Bernd Schneider at the German venue. And, despite having only one season of GT racing behind him, Harold is within touching distance of achieving his goal for 2014: finishing among the top-three in Europe’s premier GT-only championship.

With top-six finishes in every previous Blancpain Endurance Series event this year, despite misfortune plaguing the #84 SLS AMG GT3, the Swiss ace’s consistency bodes well for the Nürburgring. What’s more, Primat knows he can rely on HTP Motorsport’s winning pedigree in the 1000km contest following their maiden event victory 12 months ago.

To secure a maiden Blancpain Endurance Series podium would be the icing on the cake!

“It would be fantastic to finish among the championship’s top-three,” admits Harold. “But to achieve this we need to focus on finding the optimum setup while also ensuring our reliability is strong. Nico, Bernd and myself know each other very well and, because we’re driven by similar ambitions, our line-up is pretty strong. On a personal level, I took a much-needed break after the 24 Hours of Spa, which has enabled me to feel fully refreshed and motivated ahead of next weekend.”

Though he will do battle with Europe’s finest GT competitors on the Nürburgring’s newer configuration, as opposed to the fearsome Nordschleife layout, Primat is nevertheless aware of the significant challenge the German Grand Prix circuit poses.

“Of course, the Nordschleife is an iconic venue with almost no equivalent,” says Primat. “But this shouldn’t take anything away from the modern track, particularly during a six-hour race. However, I’m very familiar with the circuit, having competed there almost every season since making my prototype debut in 2005.”

The concluding Blancpain Endurance Series round brings the curtain down on an action-packed and emotional season, which has seen Crans-Montana ambassador Primat compete in multiple blue-riband events worldwide. From Bathurst’s 12 Hour contest to 24-hour thrillers at Spa and the Nürburgring, Harold can reflect on an ambitious programme for HTP Motorsport with satisfaction.

“I’m able to take many positives from my season,” beams Primat. “To be competitive and quick in every race we entered is especially pleasing. We began with a promising second place in Australia, contended for a top-five placing at the Nordschleife and only narrowly missed out on a rostrum finish at Paul Ricard. To secure a maiden Blancpain Endurance Series podium would be the icing on the cake! Hopefully we can achieve that next weekend.”