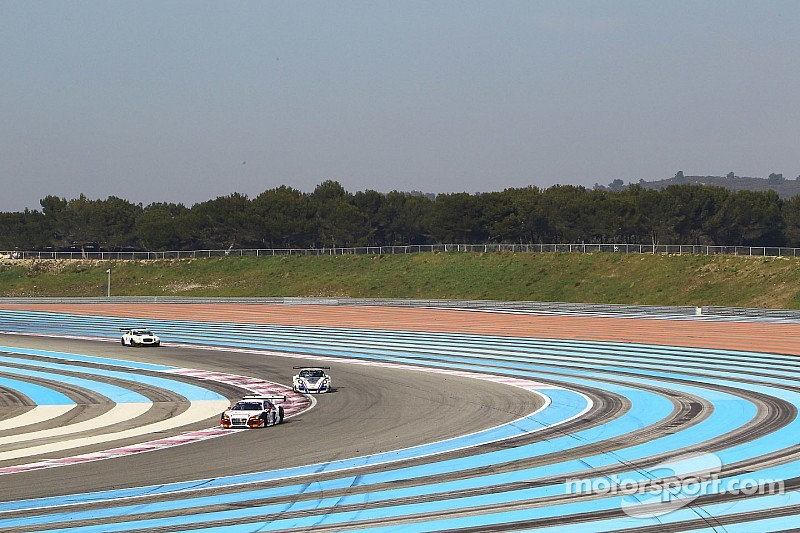 Former Toyota F1 test driver Franck Perera set a time of 1:56.855 for the French team. The time was some 0.7s slower than yesterday's best set by Peter Kox in the Reiter Lamborghini Gallardo.

Second quickest today was the Insightracing Denmark Ferrari 458 Italia which was crewed by Dennis Andersen and Martin Jensen. In third was the Chevrolet Camaro also run by Reiter Engineering.

The new Lamborghini Huracan of Grasser Racing Team and the McLaren 650S of Von Ryan Racing, both made their 'competitive' public debuts this week.

The new models placed 17th and 18th overall on the timing sheets in Southern France today.

"The Huracan has shown during these and previous tests that it is a very strong car," said Gottfried Grasser after today's test. "We have completed some 8.000 kms during winter testing, and have not encountered one major problem.

"It is the best way to start the season. Performance-wise we will see where we are at the first race, but since I think that most lap times here in Le Castellet were representative, I guess we should be able to finish inside the top 10.

"Of course we would love to win, but such a result would be a good base to start from. Don't forget that there still is some development to do on the Huracan. But these tests have shown that we have taken the right approach, this car is perfect for the future."

The BES season kicks off at Monza on April 12th.

Plowman to race Nissan in BES

Zanardi to race at Spa 24