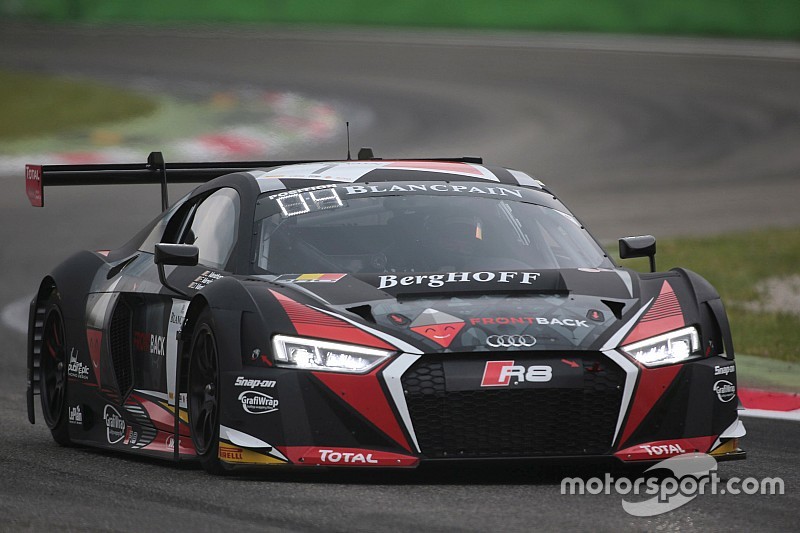 Jan Magnussen will make his debut with the team.

The Blancpain GT Series is back after a break with one of the stellar events of the Blancpain Endurance Cup: the 1000 km race at the Circuit Paul Ricard, in Southern France. It is the third year in a row that the hi-tech track near Le Castellet is hosting the ‘second-longest’ race in the Blancpain calendar. This round is of double distance with respect to a standard event (giving thus an increased set of points) and takes place, exceptionally, on Saturday evening.

It is also an excellent test ahead of the Total 24 Hours of Spa, the biggest event of the year, scheduled in little more than one month. The Belgian Audi Club Team WRT will use the opportunity to further prepare for the great rendez-vous in the Ardennes. The squad will go to France with its usual five-car entry and a slight reshuffle in the driver line-ups: René Rast is back for the occasion and GT legend Jan Magnussen will make his debut with the team.

This will be my first experience in a 6-hour race and only the third time I will be racing at night, definitely a good preparation ahead of Spa

As in recent years, Team Principal Vincent Vosse has used the opportunity of the Ricard race to take a number of WRT drivers to a sports clinic in the Alps. From there he looks at the event with moderate optimism: “This is the last good opportunity to prepare ourselves for Spa in real race conditions”, he comments, “and we’ll try to learn as many lessons as we can. We are well prepared and hopeful to do well, although we know that the Ricard is not the friendliest track for the Audi R8 LMS. Still, we managed to win there in 2012 and we’ll try to repeat that win.

I am sure we will benefit from the increased performance of the new R8. We will have a couple of novelties in the line-ups: we are happy to have René Rast back with us for the first time this year and also to welcome Jan Magnussen, who will bring his immense experience. We were team mates in British Formula Ford back in 1992 and stayed friends since then. It’s very nice to have him with us and I thank Chevrolet and Corvette Racing for allowing this one-off.”

Magnussen will be subbing for Sérgio Jimenez, taken by other commitments, in the line-up of the car #3 alongside Rodrigo Baptista and Filipe Albuquerque. The 43-year-old Dane, a former F.1 driver (and the proud father of a current F.1 racer, Kevin), joins straight from the Le Mans 24 Hours that he contested for the 17th time.

Magnussen, as known, has mostly shone with GT cars, taking four wins at Le Mans and four at Sebring, and twice the ALMS GT title. “Vincent and I have been talking many times about how nice it would be to work together”, said Jan to the Danish press, “Eventually, this is now happening and I am really eager to discover the Audi R8 LMS”.

The Ricard round will also see the first appearance of season in the Endurance Cup with WRT of René Rast, a popular figure among Team WRT drivers. The German, who will be racing at the Total 24 Hours of Spa, will replace Nico Müller, taken by his DTM commitments, alongside Will Stevens and Antonio García, in car #28. The three other line-ups are unchanged.

One driver eager to be at the Ricard is certainly Dries Vanthoor. The youngest member of the Belgian Audi Club Team WRT squad is off for a few novelties: “This will be my first experience in a 6-hour race and only the third time I will be racing at night, definitely a good preparation ahead of Spa”, says the young Belgian, who discovered long endurance races this year at the Nürburgring 24 Hours, “It is also my first time at the Ricard, so there will be a lot of things to discover, but I feel extremely confident, given the support I am receiving from my team mates and the entire team. We know that some of our competitors will be very fast there, so we will have to be on a permanent ‘full attack’ mode”.

This is exactly how Dries has approached his maiden GT season so far, impressing all observers. “My debut in GT racing has been positive”, he values with caution, “but the season is still long and I still have to learn a lot. The team is helping me a lot and I want to thank Vincent and everybody for their support and trust. One think is clear: every day I am happier of the switch to GT racing that I have made and I see that a lot of young drivers from single-seater formulae are taking the same path.”

The Ricard 1000 kms features free practice and pre-qualifying on Friday, with qualifying on Saturday morning. The 1000-kms race (or 6 hours maximum, if the length is not covered) will have all the endurance characteristics, as it will kick-off in daylight at 6 pm on Saturday and finish in full dark shortly before midnight.

Provisional Drivers’ standings (Pro Cup) after Round 2 of 5:

Provisional Teams’ standings (Pro Cup) after Round 2 of 5:

Racing into the night at Le Castellet