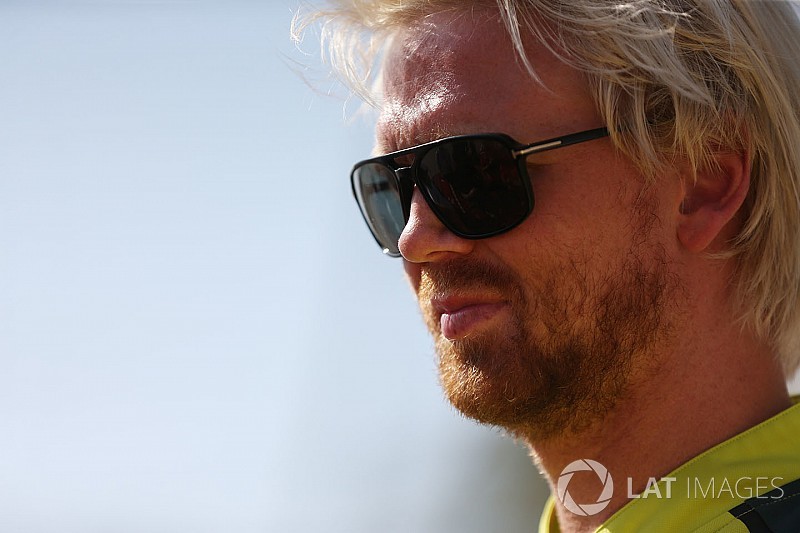 Aston Martin works drivers Nicki Thiim and Maxime Martin were both announced to add full-time Blancpain Endurance campaigns to their 2018 schedules with R-Motorsport.

Martin will return to the category after being a full-timer with Marc VDS between 2011 and 2013, when he won five out of the 14 races he entered.

The Belgian then became a BMW factory driver in DTM, but continued to enter one or two races in Blancpain Endurance each year.

He will be joined by Thiim, who has been an Aston Martin driver in WEC since 2013, and became the winner of the 2014 Le Mans 24h race in the LMGTE Am category as well as the 2016 LMGTE Pro series title.

The duo will team up with the already announced Jake Dennis and Alex Brundle as two more seats in the line-up are yet to be finalised.

"I’ve enjoyed my time in the DTM, but I’m really looking forward to getting back into GT endurance racing," Martin said.

"It is a dream come true for me to join such a great brand like Aston Martin to not only drive for them in the FIA World Endurance Championship, but also to drive the Aston Martin V12 Vantage GT3 in the highly competitive Blancpain endurance events including the Spa 24 Hours and be part of such a great and professional team like R-Motorsport.

"As a Belgian racer, anytime you get to race at Spa is a brilliant experience, even more so at the 24 Hour where the competition in Blancpain GT is incredible."

Thiim added: "What a fantastic opportunity - I’m really looking forward to doing the full endurance season of Blancpain with R-Motorsport.

"It is a great way for me to expand my programme and still be behind the wheel of an Aston Martin.

"Joining forces with Maxime will be great as well. He has tremendous experience in GT racing in the past, and he proved his speed in the DTM as well."

R-Motorsport's parent company AF Racing has close ties to the factory Aston Martin team, as its an official partner of its Valkyre hypercar project.

The squad will be partnered by long-time Formula 2 team Arden, as well as top WEC LMP2 squad Jota Sport.