Top Gear host to race for Bentley in Blancpain Endurance 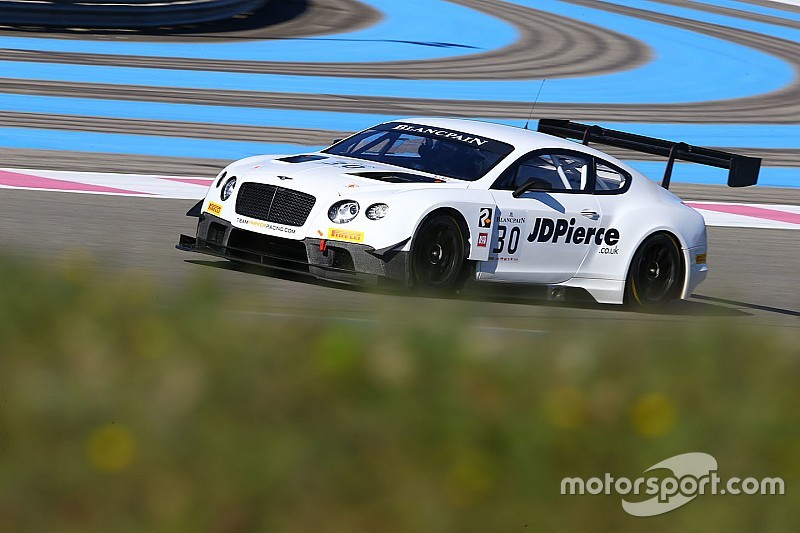 Harris, 41, will race alongside Derek Pierce and Chris Cooper in the #30 Team Parker Racing car, which is entered into the Am Cup class.

Officially announced as part of the new-look Top Gear cast back in February, Harris is an avid racer, having competed in the Nurburgring 24 Hours on a number of occasions, with a best overall finish of 13th back in 2010.

He also had outings in various Porsche Carrera Cup competitions and contested a round of Renault Sport's RS01 Trophy series last year at Silverstone.

"This is a bit of a pinch yourself moment," he commented.

"If, last year, you'd asked me what my dream 2016 race season would be, it would have involved a Bentley Continental GT3, Stuart Parker and my good friend and long-time team mate Chris Cooper. And now it's happened!

"I saw an early car being built two years ago and ever since then I've wanted to drive one. That I get to do it with Team Parker, a team I've had many successes with in the past, is fantastic news.

"The GT3 category is the most interesting, varied form of circuit racing out there and I think that with Chris [Cooper] and Derek Pierce we have a very good team to attack the Am championship. I just need to remember that the big oversteer is for the Top Gear cameras, not the race track."

Team Parker Racing is the reigning champion in the Am class of the Blancpain Endurance series, having taken Ian Loggie and Julian Westwood to the title in Audi R8 LMS ultra.