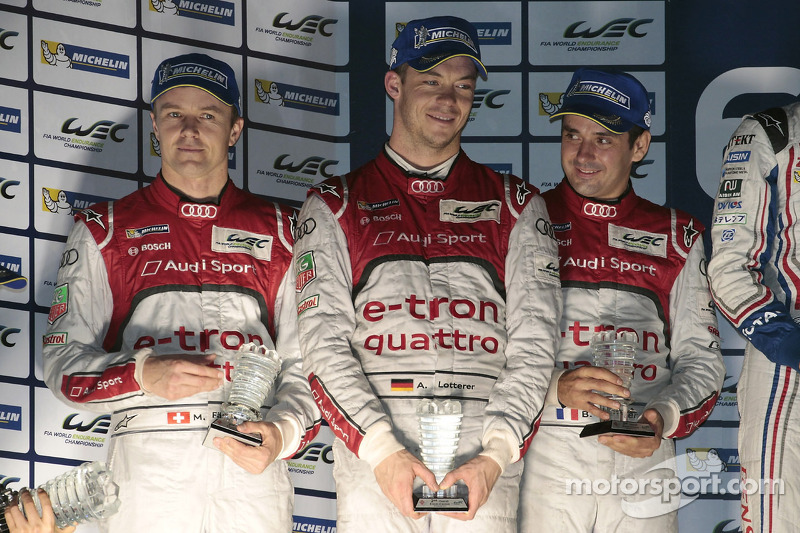 Marcel Fässler, André Lotterer and Benoît Tréluyer have been competing in sports car races for Audi since 2010 and in 2011 and 2012 won the Le Mans 24 Hours.

Marcel Fässler (CH), André Lotterer (D) and Benoît Tréluyer are sharing the wheel of an Audi in the Spa 24 Hours this year. The trio that won the FIA World Endurance Championship (WEC) in 2012 will be competing together for the first time in an R8 LMS ultra on July 26/27. The Belgian Audi Club Team WRT  the 2011 winner of the endurance race in the Ardennes  will be fielding the GT3 sports car for the Audi drivers.

Marcel Fässler was the overall winner in the classic Belgian event in 2007 with Phoenix Racing and since 2009 has contested all five races of the R8 LMS at Spa. André Lotterer was on the grid with Audi in the past two years and took third place last year. 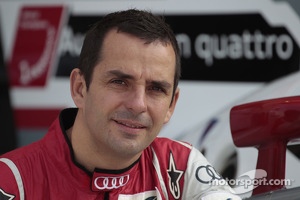 Benoît Tréluyer will be making his debut in the worlds major GT3 race. Fässler/Lotterer/Tréluyer have been competing in sports car races for Audi since 2010 and in 2011 and 2012 won the Le Mans 24 Hours. René Rast, Laurens Vanthoor and Markus Winkelhock will be running in another WRT Audi.

A word from ... Benoît Tréluyer


Youve been a sports car driver for Audi since 2010. This year, the Spa 24 Hours are on your race calendar for the first time. How did this come about? The Spa 24 Hours is so attractive because theres a huge field consisting exclusively of GT3 race cars. Theres hardly another racing series in the world with such a homogenous field. The opportunity to participate in this event this year together with my WEC team-mates André Lotterer and Marcel Fässler is fantastic. Weve been planning to do this for some time.

Youre intimately familiar with the track at Spa from the WEC and won there last year. Will you still have to do a bit of learning there? First of all, getting used to the R8 LMS ultra quickly will be crucial. Driving this car will be quite a bit different than driving a sports prototype, but Im very much looking forward to Audis GT sports car. I once had the opportunity to test a GT Daytona-specification R8 LMS. At Spa, about 60 GT3 cars are expected to compete at a similar level. Ive still got to learn a few things and wont be running at the front right away. After all, Im a rookie in this 24-hour race. I trust the advice of my two co-drivers who know this race inside out.

Youre driving for a team that has already celebrated an overall victory with Audi at Spa. What is your aim for the event in July? Im very happy that were driving for the Belgian Audi Club Team WRT. I greatly respect the performance of Vincent Vosse and his squad. Im already getting more and more excited about the event. Our aim is clear: We want to do our best to win every race that well be running in. Im going to contribute my performance in every way so that well be in contention for victory at Spa this year.