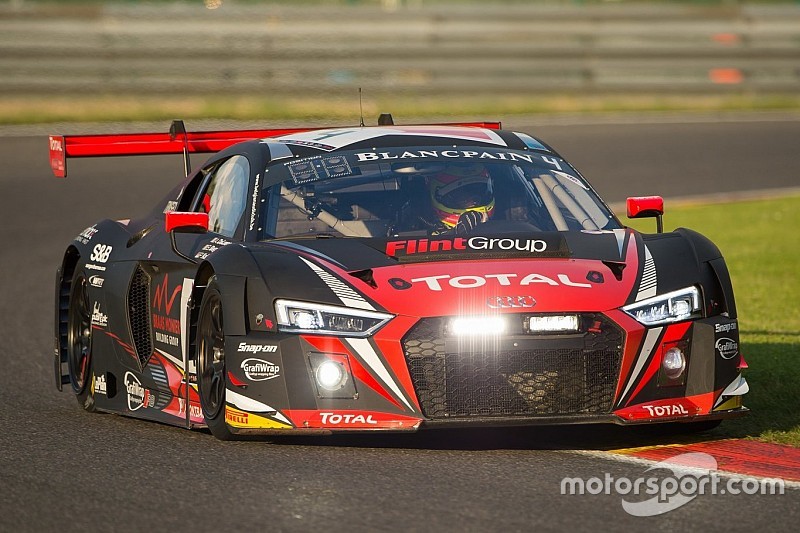 The Endurance Cup 2016 of the Blancpain GT Series is coming to an end this weekend with the traditional round of early autumn at the Nürburgring. The Belgian Audi Club Team WRT will go to Germany with the clear objective of seeking its first Endurance success of the year, after a season that has seen many podium finishes for the black Audis R8 LMS. The team is determined to defend the remaining chances in the Endurance Cup Teams’ title battle and aims at conquering heavy points for the overall Blancpain GT Series standings, entering its usual five cars. It will also use this round to bring to track three young and talented drivers: Adrien Tambay, Connor De Phillippi and Ben Barnicoat will join the partly reshuffled driver line-ups.

Cars #1 and #2 see no changes in their trios, with Laurens Vanthoor-Fred Vervisch-Dries Vanthoor and Stuart Leonard-Michael Meadows-Robin Frijns at their wheel, respectively.

In car #3, the Brazilian duo of Sérgio Jimenez and Rodrigo Baptista is joined by Adrien Tambay, subbing for Filipe Albuquerque, taken by his WEC commitments, while in car #4, Ben Barnicoat joins Adrien De Leener and Pierre Käffer. In car #28, Christopher Mies will play local hero as he joins Will Stevens, with Connor De Phillippi as the newcomer.

We have been three times on the podium in the previous four events, and we really would like a victory!

The three young guns debuting with the Belgian Audi Club Team WRT in the Blancpain GT Series are clearly among the most-talented of the new generation.

Adrien Tambay, the 25-year-old son of former F.1 star Patrick, is a consolidated figure in the DTM. The Frenchman has already driven for Team WRT in the French GT series in the past, as well as in the Trophée Andros.

Connor De Phillippi, 23, is one of the most promising GT drivers from America and has already a solid curriculum under his belt. The Californian is currently leading the ADAC GT Masters (together with Christopher Mies), one event from the end.

Ben Barnicoat is newer to GT racing, as the main focus of his career is currently single-seater formulae, being involved (and a race winner) in the European Formula3. The 19-year-old Brit has been called in at the Nürburgring, in the framework of the cooperation between Team WRT and the Racing Steps Foundation, the British non-profit organization that supports the career development of a number of British drivers.

Team WRT Principal Vincent Vosse is extremely excited ahead of this event: “We have always been attentive to new talents and always been keen to give a chance to youngsters. We will have no less than three of them with us this weekend and clearly it is a way of thinking about the future. Adrien and Connor, despite their young age, are already established drivers, with great achievements. In the case of Ben, his presence is the result of our cooperation with the Racing Steps Foundation, an organization whose mission is scouting and supporting young talents. I have a lot of respect for what they do and I am glad we could achieve this. Ben was selected after a test in Barcelona, which involved also Jake Dennis. Both did a great job and we really had to toss the coin to make a choice. We will follow them carefully in the near future and look forward to cooperate with both”.

With regard to the Nürburgring event, Vosse adds: “We know the ‘Ring well, of course, and we have had some good moments there. The objective is to finish the Endurance season on a high. We have been three times on the podium in the previous four events, and we really would like a victory!”

The race at the Nürburgring will be of standard length (3 hours), kicking off at 14:45 on Sunday after Qualifying on Sunday morning and all free practice and pre-qualifying on Saturday.