Alessandro Zanardi pleased with his qualifying race at Zolder 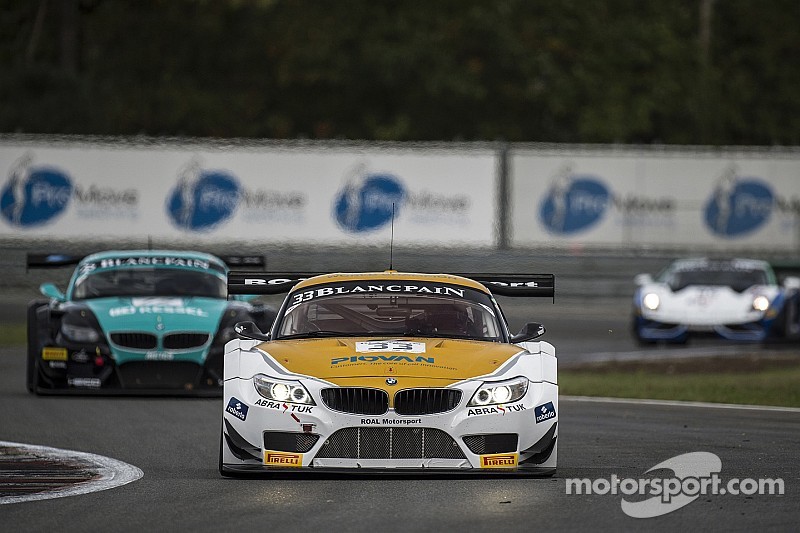 Zolder (BE) - Just one week after successfully taking part in his first long-distance triathlon in Hawaii (US), BMW works driver Alessandro Zanardi (IT) has returned to the cockpit of his BMW Z4 GT3. This weekend he is contesting the sixth round of the 2014 Blancpain Sprint Series at Zolder (BE). To honour his achievements in Hawaii, the livery of his BMW Z4 GT3 has had “October 11th – Hawaii – 9h 47’ 14’’ – Mission completed” included on the roof.

Today, Saturday, started with the qualifying practice in the morning, which decided the grid positions for the one-hour qualifying race in the afternoon. Zanardi finished this session in 18th, ready to play catch up in the qualifying race with his BMW Z4 GT3 entered by ROAL Motorsport. In fact, he made up a total of eight positions in that race, crossing the finish line in tenth.

It is a heavy braking circuit where certainly it is much harder for me to push the brake pedal than for all the other drivers.

Therefore his car was the second best BMW Z4 GT3 in the classification. In a race that once more saw several collisions and spins, Zanardi was able to stay out of any trouble and to focus on making up places. Over the race distance he climbed up the order into the top ten. This means he will start tomorrow’s main race from tenth on the grid.

“For sure, I am pleased with my race," Zanardi summed up. “We had made a few changes and I had a better feeling for the car than I did in the qualifying practice, but this is a very difficult circuit for me. It is a heavy braking circuit where certainly it is much harder for me to push the brake pedal than for all the other drivers. As a result of that it is very difficult for me to heat up the tyres going into the turns, and because of that I generate a lot of understeer.

So in these circumstances I have to be pleased with my race. I want to thank BMW and ROAL Motorsport for giving me a car so I can have fun once more. It was very difficult to overtake people, but overall the balance of the car was quite nice. I passed a couple of cars, some other cars spun and in the end we finished in P10, so it looks quite good for tomorrow’s main race.”

The qualifying race was won by Cesar Ramos (BR) and Laurens Vanthoor (BE). The highest placed BMW car was the BMW Z4 GT3 of BMW Sports Trophy Team Schubert driven by Dominik Baumann and Thomas Jäger (both AT), who finished eighth. Tomorrow’s main race will start at 13:45 local time.