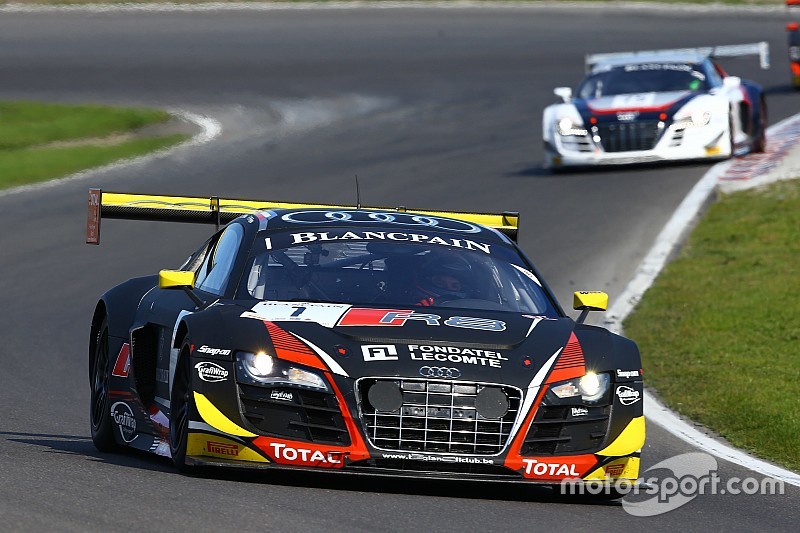 Up to twelve Audi R8 LMS compete in the Blancpain GT Series, the most important European GT3 racing series. On April 9 and 10, it will start a new round at Misano (Italy). This season, four teams from Audi Sport customer racing are going to battle for various titles in sprint races and across endurance distances. With up to eleven automobile brands in the field, the series is regarded as one of the toughest GT3 championships around the globe.

The Blancpain GT Series is a valuable platform for Audi Sport customer racing. Three times Audi drivers have won the endurance classification. In addition, two drivers’ titles have been clinched in the overall classification, including last year’s by Robin Frijns (NL). In other categories, Audi’s customer teams have taken an additional 15 titles since 2011 – with Belgian Audi Club Team WRT, the most successful squad to date, leading the way. Its team boss, Vincent Vosse, is putting the largest line-up on the grid this season. Twelve drivers in total will be competing in the sprint classification with six Audi R8 LMS cars.

The challengers of the squad from Baudour, Belgium, include three other Audi Sport customer racing teams. I.S.R. from Prague (Czech Republic), Phoenix Racing from Meuspath (Germany) and Saintéloc Racing from Saint Etienne (France) are going to contest the sprint racing series, each fielding two Audi R8 LMS cars. In the endurance classification, Belgian Audi Club Team WRT is tackling the competition with five race cars, plus there will be two from Saintéloc Racing and two from I.S.R. At the season’s pinnacle event – the Spa 24 Hours on July 30 and 31 – further Audi teams, including Phoenix Racing, are expected to compete.

Alongside classic gentleman drivers and seasoned semi-pro campaigners, pros such as WEC driver René Rast (D) or the former Formula One drivers Markus Winkelhock (D) and Will Stevens (GB) are handling commitments in the Blancpain GT Series with Audi.

“Never before have as many Audi race cars been on the Blancpain GT Series grid,” says Chris Reinke, Head of Audi Sport customer racing. “Our customer teams are contesting the events with promising driver squads. Still, we’re facing one of the fiercest competitions of all, as the ten other automobile manufacturers with their teams are absolutely competitive rivals.”

The Audi teams in the Blancpain GT Series Sprint Cup

The Audi teams in the Blancpain GT Series Endurance Cup

Mirko Bortolotti is ready for the new season starting at Misano