Balzan and Salaquarda back at Zolder 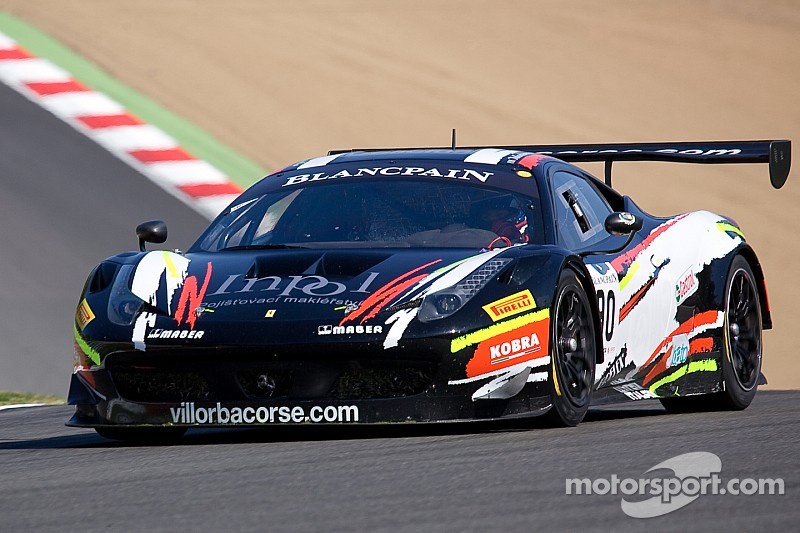 Scuderia Villorba Corse and the sole Ferrari 458 of the championship ready for the penultimate round to be held on October 17-19 in Belgium.

Treviso (Italy) - One month from their team and driver titles in the Endurance Series, Scuderia Villorba Corse gets back in the Blancpain racing world for the very challenging sixth round of the Blancpain Sprint Series at Zolder over the weekend of October 19.

Italian squad led by Raimondo Amadio will line up the sole Ferrari 458 of the championship with Alessandro Balzan, who replace Andrea Montermini (the former F1 driver has a concomitant event which had been planned at the beginning of the season) and Czech Filip Salaquarda.

The Villorba pair already raced together at Zandvoort during the summer and will be back on track opening the Belgian weekend on Friday, October 17 with two free practice sessions. On Saturday qualifying practice is scheduled at 9:15 while qualifying race will take place at 14:15. Main race will start at 13:45 on Sunday.

“Zolder - says Amadio, Team Principal - means the start of the final part of this very long and demanding Blancpain GT series season, where we have always been among the major contenders, able to compete at a very high level. Balzan will join Filip again and the weekend is expected to be very challenging. It would be great to clinch our first podium in the Sprint Series this season."