Bartels and Buurman win championship race for BMW at Slovakiaring 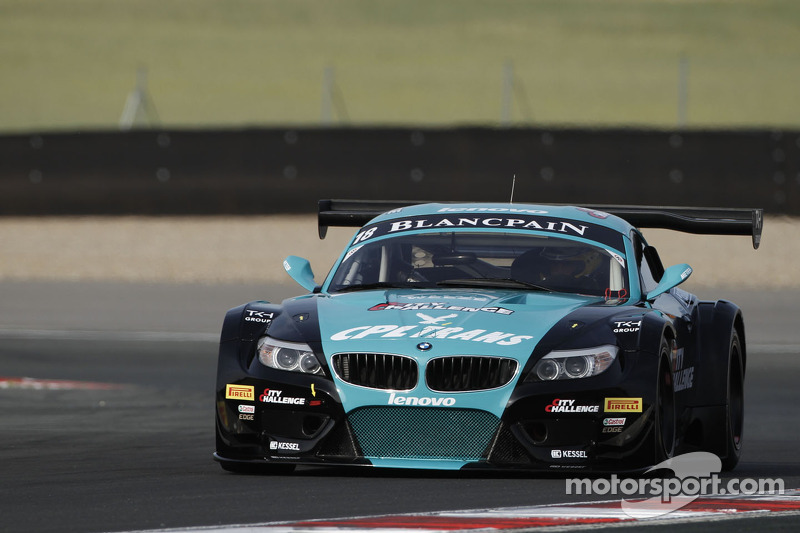 They won the qualifying race at Zolder, but now Vita4One team boss Michael Bartels and his star driver Yelmer Buurman have tasted championship race success, too. Extremely fast pit work from the BMW team's mechanics allowed them to beat the pace-setting McLaren and claim the GT1 World Championship points lead with an important win at the Slovakiaring circuit today.

Qualifying race winner Filip Salaquarda led the field away from pole in the #3 AF Corse Ferrari 458, while Milos Pavlovic again showed that the Sunred Ford GT has the pace to run at the front in GT1, getting in the mix right from the start. Unfortunately, he took both himself and Tomas Enge out of contention when he hit the Czech driver's Lamborghini as Enge overtook him.

That pair had been running third and fourth, so after the accident Fred Makowiecki in the #1 HEXIS McLaren found himself promoted to a potential podium position, behind Salaquarda and a fast-starting Markus Winkelhock in the #38 All-Inkl Mercedes. Makowiecki showed typical searing pace, however, and soon passed both Winkelhock's SLS and the leading Ferrari to take first place before the pit-stop window opened. Yesterday's third-place finisher Buurman also got past Winkelhock, as the top four circulated almost nose-to-tail in the early stages.

Behind them, another battle was brewing for fifth between Matt Halliday in the race's sole Team China Porsche, Stephane Ortelli in the #32 WRT Audi and Slovak driver Stefan Rosina in the #25 Reiter Lamborghini (subbing for Peter Kox at this round). Rosina managed to get ahead of Ortelli (who then lost another place to Enzo Ide in the #4 AF Corse Ferrari), but the local man's charge was brought to an end by a puncture just before the pit window.

Winkelhock, Ide and Frank Stippler in the #33 Audi (who had been let past his team-mate Ortelli) were the first to stop when the pit window opened, along with Mathias Lauda in the second of the two Vita4One BMWs. The German team performed a lightning-quick stop as the car was handed over to Nicholas Meyr-Melnhof, and this turned out to be a preview of what they'd do when Buurman brought the other Z4 in towards the end of the pit window. A combination of fast pitwork from them, plus a slight delay leaving the pits for the #1 McLaren as the Porsche pulled in ahead of it, saw Bartels emerge with several seconds' advantage over Makowiecki's co-driver Dusseldorp after the pitstops.

A poor stop from AF Corse Ferrari meant Ide's co-driver Castellaci rejoined behind the BMW and Audi that their car had been ahead of in the first stint. There was also bad news for the Saturday race-winning 458, now driven by Vilander, which lost third place to the #38 Mercedes, now with All-Inkl team boss Marc Basseng at the wheel. The top four would go on to finish in the order they emerged from the stops, with Bartels holding off the challenge of Dusseldorp to secure the win and Basseng closing but not passing on the leading pair throughout the final stint.

Vilander was not far behind in fourth, but there was a big gap to eventual fifth-place finisher Oliver Jarvis, who had taken over the #33 Audi from Stippler. He had passed Meyr-Melnhof fairly quickly after the pit stops, but his team-mate Laurens Vanthoor in the #32 car had a much harder time of it, including a dramatic moment when Melnhof squeezed him onto the grass as they came on to the pit straight. The young Belgian eventually made a move that stuck with a few minutes to go, securing a 5-6 finish for the WRT team. The Team China Porsche challenge faded after the stops, and Mike Parisy brought the car that had been started by Halliday home in eighth, behind Melnhof's BMW.