Battle shifts to the Slovakia Ring for round six 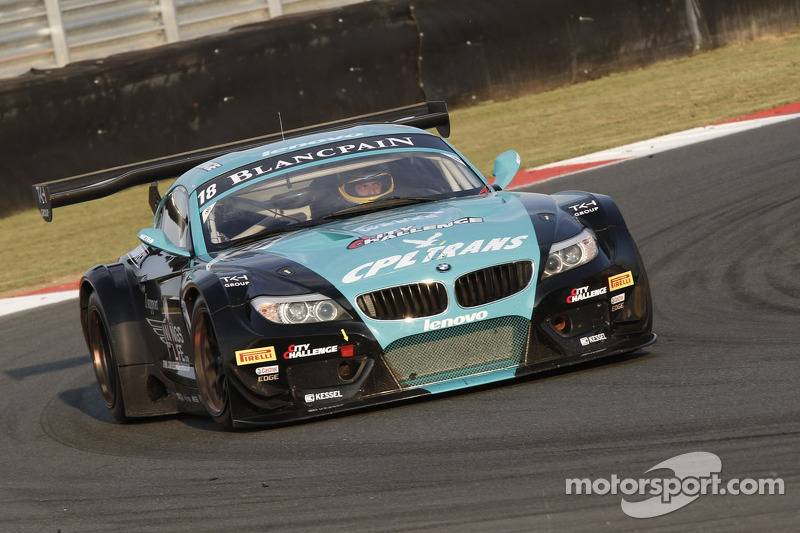 The focus of an intensely-fought 2012 FIA GT1 World Championship switches to Slovakia for the sixth round from 17-19 August as part of the ESET Racing Weekend featuring the FIA Central European Zone Trophy. 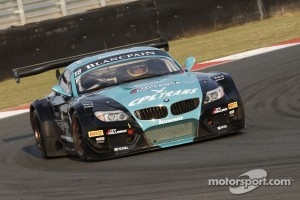 It will be the second visit to the Slovakia Ring after an exciting round four of the FIA GT1 World Championship earlier this year.

The circuit, one of the most challenging in Europe, provided plenty of close racing in June with five different brands featured on the podium for the Qualifying and Championship Races.

That weekend saw the Vita4One Racing Team pair of Michael Bartels (DEU) and Yelmer Buurman (NLD) claim victory in the main event in their BMW Z4 and they loom as strong challengers this weekend.

At the previous round at the Autódromo Internacional do Algarve in Portugal last month, Mercedes joined a diverse winners’ circle.

Having secured their first win of the season in the Qualifying Race, the ALL-INKL.COM Münnich Motorsport Mercedes team recorded a one-two in the main event.

It meant that Mercedes became the fifth different brand to win a Championship Race in 2012 after Audi (France), Porsche (Belgium), McLaren (Spain) and BMW (Slovakia). 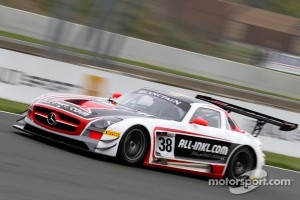 The double race success also cemented ALL-INKL.COM Münnich Motorsport’s position at the head of the teams’ classification. They stand on 156 points from the Vita4One Racing on 112 and Hexis Racing on 105.

The result also moved German duo Marc Basseng and Markus Winkelhock to second in the drivers’ points. The Mercedes pair are on 83 points, five behind the leaders Bartels and Buurman. McLaren’s Fred Makowiecki (FRA) and Stef Dusseldorp (NLD) are third on 82.

Basseng would like a repeat of the Portugal result though expects the opposition to be much tougher at Slovakia.

“We struggled a lot in Qualifying last time at the Slovakia Ring but after a full race weekend you know the track and the special points so I hope we can qualify inside the first eight cars,” the ALL-INKL.COM Münnich Motorsport team manager said. 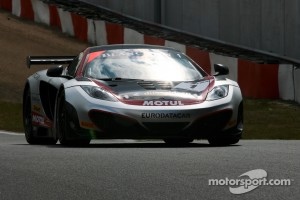 “The quick corners are good for us and they are a lot of fun but in the slow corners we are struggling a bit with the weight of the car. Of course we are aiming to score as many points as possible but it is clear that we can’t repeat a result like the last race weekend in Portimao.”

The Slovakia Ring in June was a happy hunting ground for Hexis McLaren’s Dusseldorp. The Dutchman, who partners Makowiecki in the No.1 MP4-12C, is seeking another solid points’ haul this time round.

“We had quite a good first race in Slovakia with the first pole position and second place in the Championship Race. We have improved the car again since that race and hope to score a lot of points his weekend,” Dusseldorp said.

“The middle sector is a big challenge for the McLaren, we lost a lot of time in the first race there. We have to change the balance of the car to improve this sector. We always aim to win the Championship Race and I think it's possible if we look back at the lessons from the first (Slovakia) weekend.” 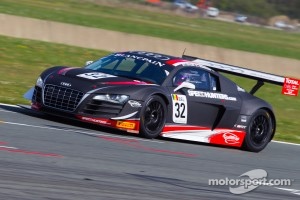 Stephane Ortelli (MON) is eyeing a revival of fortunes in GT1 for Audi with Belgian co-driver Laurens Vanthoor in the Belgian Audi Club Team WRT R8 LMS ultra No.32.

Ortelli, who finished second in the recent Total 24 Hours of Spa behind race winner and WRT squad colleague Frank Stippler, is a fan of the Slovakia Ring. Ortelli had a high-speed excursion in round four in Qualifying in the Audi so is well aware of the grip limits.

“The track is great, with fast challenging corners like Turn 2 and Turn 9 and many chances to overtake,” he said.

“The key is to do all laps flat out without making mistakes as the track is low on grip. It is also important not to cut the kerbs. Our aim this weekend is to finish both races on the podium.” 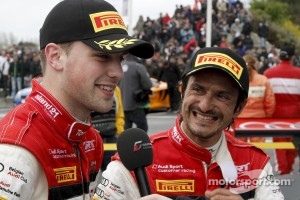 Vanthoor says things should be easier second time round. “We worked quite hard on the car during the last Slovakia race so we will have a better basic set-up to start with,” he said.

“It's a very challenging track with a lot of fast corners, hairpins, long sweepers and a long straight. The fast corners are always a big challenge. You have to push hard and a lot depends on 'guts' but if it goes wrong then it goes badly wrong."

Since Nogaro, where Audi completed a one-two, it has been tough going. Vanthoor, who also competed at Spa, is keen to get back to the sharp end in the FIA GT1 World Championship.

“For sure the goal is to win or at least to get back on the podium after Nogaro. We haven't been in front since then, so I hope we can go back to where we belong,” he added.

“I've had my first 24-hour race in Spa with Audi which was a very nice experience and after that I've been on holiday for some weeks. So I am fresh and ready for the battle.” 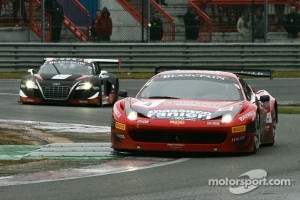 Italy’s Francesco Castellacci says the AF Corse Ferrari 458 Italia is well suited to the circuit, a point underlined by victory in the Qualifying Race on GT1’s previous visit for stable-mates Filip Salaquarda (CZE) and Toni Vilander (FIN) in the No.3 car.

For Castellacci, who partners Enzo Ide (BEL), in the No.4 Ferrari, this coming weekend will be all about looking after the tyres.

“This is my third time visiting the Slovakia Ring since I already raced there last year with the FIA European GT3 Championship,” he said.

“The circuit suits our 458 GT1 Ferrari, since it is quite a fast circuit with a mix of medium-speed corners. It will be very important to keep the tyres in good condition until the very last lap of the race as the tarmac and the hot temperature will stress the front tyres in particular.

“The main challenge at the circuit is the tyre chicane introduced this year to avoid cars lifting at the jump. This is a crucial point of the circuit where it is very easy to make a mistake and hit the barrier.

“Our aim for the weekend will be to reach our first podium, since we missed it in the last race in Portimao where we had a technical problem during the pit stop. If not, a podium would have been possible.” 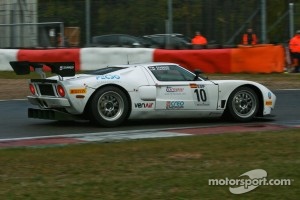 The Sunred Ford GT No.10 of Milos Pavlovic (SRB) and Matteo Cressoni (ITA) qualified an impressive third at the June race weekend before a technical infringement and a puncture meant a seventh and 12th place finish in the Qualifying and Championship Races respectively.

“I am very much looking forward to going back to Slovakia as in the previous round our car worked very well on the circuit,” Pavlovic said.

“In our first visit we did not finish our races well due to technical issues but now those issues should have been solved. I am very positive about our chances this time.

“The circuit is very technical. It has a little bit of everything – slow, medium and fast corners. The most difficult task is making a perfect lap as the circuit is really long and it takes over two minutes to complete a single lap.

“It would be nice to finally have a "trouble free" weekend. If we achieve this, any result is possible.

Local fans will follow closely the fortunes of Slovakia’s Stefan Rosina who will line up in the No.24 Reiter Engineering Lamborghini this weekend alongside Albert von Thurn und Taxis (DEU).

The twisting 5.92-kilometre track was first opened in 2008. A modern circuit at the heart of Europe, Slovakia Ring is just 40km from the Slovakian capital of Bratislava.

Mercedes hold edge but BMW are poised to pounce