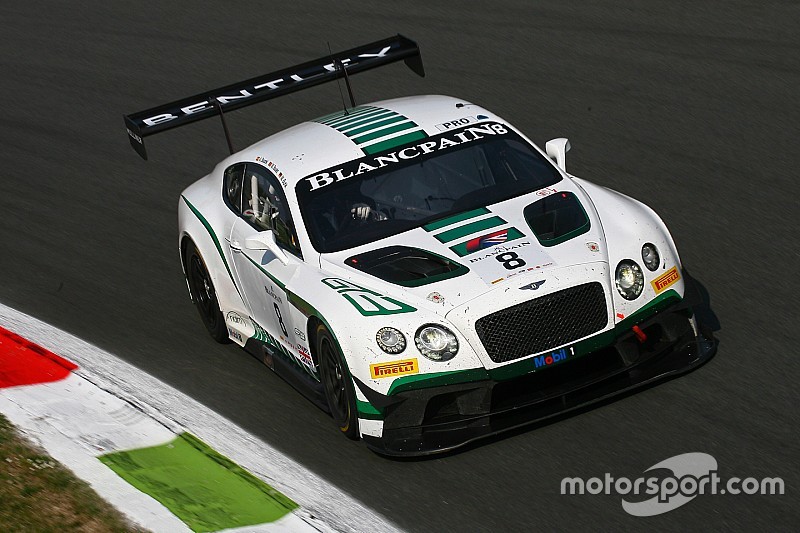 British manufacturer Bentley has unveiled its two-car works line-up for the 2016 edition of the Blancpain GT Series.

Vincent Abril, who won the the 2015 Blancpain Sprint title driving a Bentley Continental GT3 for customer team HTP, has been promoted to a full works seat  - and will return to defend his crown.

The Frenchman will share the #7 car with Steven Kane, who has been runner-up in Blancpain Endurance with Bentley M-Sport for two consecutive years.

Meanwhile, the #8 car in the Sprint series will be piloted by Maxime Soulet and former F2 champion Andy Soucek.

Reip on board for Endurance

Both cars will also be entered for the Endurance rounds of the Blancpain GT series - and for the #8 entry, this'll mean the addition Wolfgang Reip.

The Belgian has been under Nissan's wing ever since winning its Gran Turismo Academy back in 2012 - but was let go after last year.

He now joins Bentley as a full works driver.

Meanwhile, in the #7 car, Kane and Abrill will be joined by Bentley regular Guy Smith.

Meanwhile, Maxi Buhk, who won the Sprint Series title alongside Abril, will be switching manufacturers - but staying with the same team.

The German will pilot an HTP-run Mercedes in Blancpain GT.