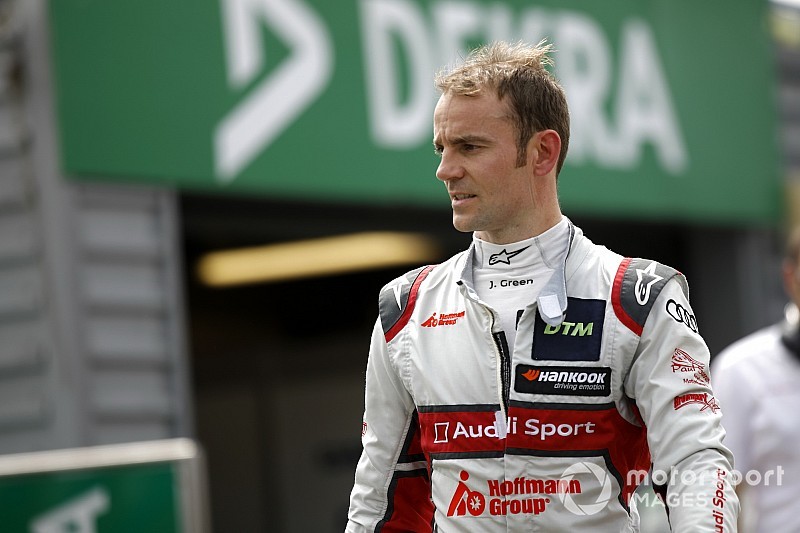 Green, 37, will partner German youngster Kim-Luis Schramm at the wheel of Phoenix's #5 Audi R8 LMS during this weekend's Nurburgring round, as well as the following weekend's season finale at the Hungaroring.

He will occupy the seat filled by Frank Stippler in the opening two rounds of the season and by Jean-Karl Vernay last time out at Zandvoort.

Green previously raced for an another Audi squad, WRT, in what was then known as the Blancpain GT Series Sprint Cup in 2017 at the opening round in Misano.

“It’s great that Jamie is able to support us for the last four races of the season,” commented Phoenix team boss Ernst Moser. “He is a vastly experienced and extremely quick driver whose expertise will be of great benefit to our junior drivers.”

Green was supposed to be part of Phoenix's line-up for the Nurburgring 24 Hours earlier this year, but he dropped out after undergoing an appendectomy.

Green lies ninth in the DTM standings after missed the Misano round due to his surgery, having picked up podiums at Zolder and the Norisring, as well as a pole position in last weekend's second Lausitz race.