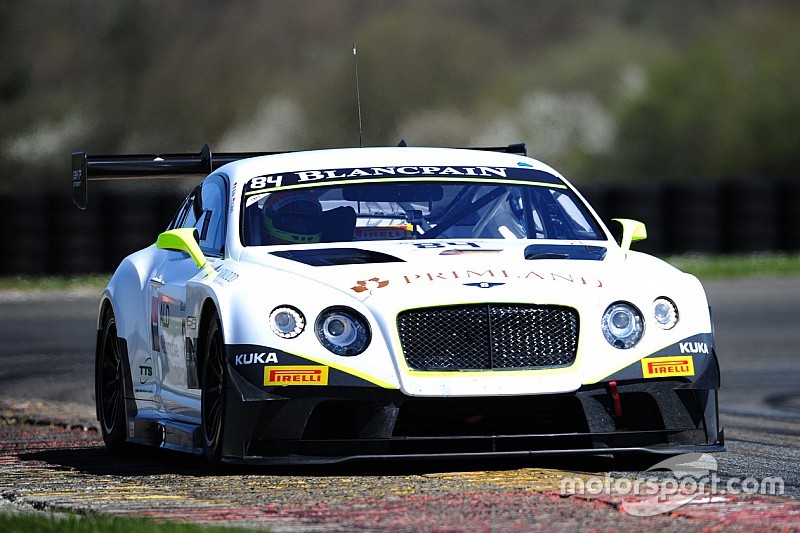 For me it will be a new experience, even if I had a brief test in the Bentley during the off-season,

Both series feature 60-minute sprint races, but the tracks couldn’t be more different. The Red Bull Ring, with a scenic Alps panorama as a backdrop, is one of the quickest circuits in Europe, while Zolder in Belgium is a twisty and narrow track.

After Bentley Team HTP started with two poles and one win in its ADAC GT Masters campaign, the team is looking for even more success at the home race of HTP-Bentley-Junior Clemens Schmid. At Zolder, Buhk/Abril hunt their first podium finish, while Dillmann, who usually competes in Formula Renault 3.5, will start hks first GT3 race with Szymkowiak.

"We welcome Tom Dillmann in to the team for Zolder. He is a late replacement for Olivier Lombard, who is unfortunately unavailable this weekend. So far the first half of our season has gone well with a victory in the ADAC GT Masters and an excellent performance at the Nürburgring 24 houts, but this weekend, the team faces it’s next challenge”, Bentley Team HTP team principal Norbert Brückner says. "Entering four cars in two series at the same time is a major task for the entire team. After the experience of the previous rounds, I’m quite optimistic that we are able to archive good results in Austria and Belgium.“

Tom Dillmann (BSS, #83): "I’m really happy to get the chance to drive a GT3 car. For me it will be a new experience, even if I had a brief test in the Bentley during the off-season, as I mostly raced formula cars in the past ten years. Zolder will be my first GT3 race, so I don’t expect too much. At least I now the track quite well as I racing there very often in the past.“

Clemens Schmid (ADAC GT Masters, # 8): “I hope for a good result at Red Bull Ring as this is my home race. At Red Bull Ring, good acceleration, a powerful engine and good brakes are important and all these are strengths of the Bentley. The track is a lot of fun and provides a great mix of curves and straight lines with a very particular flair.”

Jules Szymkowiak (BSS, #83): “I am looking forward to the race in Zolder. The track is not far away from where I grew up, but I've never driven there. It will not be the easiest track for us, as it’s very small, narrow and twisty. But nevertheless, the previous rounds proved that we have a very strong car. I will focus on gathering more experience with the car in order to improve my own performance.“