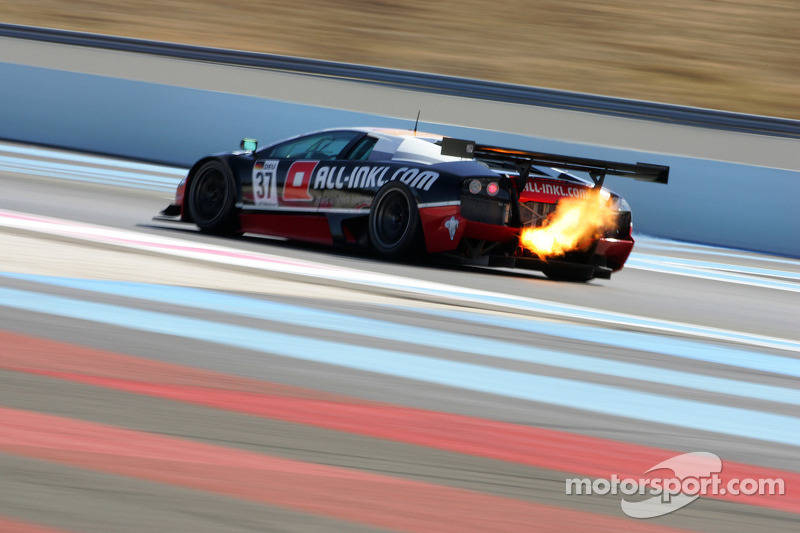 ALL-INKL.COM Muennich Motorsport wants to attack at the season finale of the GT1 World at San Luis 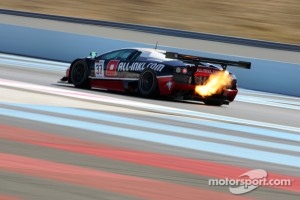 The German Team ALL-INKL.COM Muennich Motorsport wants to attack at the season finale of the GT1 World at San Luis (Argentina) – Marc Basseng: „We want to score as good as we can“ – Haase instead of Leuenberg in the Lamborghini #47 of the Team DKR www-discount.de

Friedersdorf/San Luis (rol/ot) Temperatures around 30 degrees Celsius and a blue sky above a stunning landscape – the outside terms for the season finale of the FIA GT1 World Championship at San Luis (Argentina) could not be better. And the runs 19 and 20 on the 6,270 Kilometer long track will be very interesting when the drivers fight about the titles and podium placings at the drivers and team championships. Of course the Team ALL-INKL.COM Muennich Motorsport from Friedersdorf wants to score big as well with their two Lamborghini Murciélago LP670 RS-V.

„As long as there is even the slightest chance to win according to the counting of the points we want to attack. Our device is full pull“, tells Marc Basseng (Neusalza-Spremberg), the team manager of the racing stable from Saxony, who is on position three at the drivers overall ranking with 30 points behind the leader together with Markus Winkelhock (Berglen-Steinach) in the #38. At the team overall rankings the racing stable of René Münnich is on position four with 42 points behind the leader. „The season runs this year already showed that even at this ranking everything is still possible“, tells Marc Basseng. „We want to score as good as we can with both cars and we want to finish at the front of the field.“ Nicky Pastorelli (Italy/Netherlands) and Dominik Schwager (Munich) are on overall position eight in the sister car with starting number 37.

In the second Lamborghini-Team DKR www-discount.de of the Münnich racing stable there will be a driver’s change. In the car with starting number 47 Manuel Lauck gets a new colleague. The German Christopher Haase replaces the Switzerland Benjamin Leuenberger. The 24 year old Haase, 2011 vice champion at the German GT Championship and winner at a race of the FIA GT3 European Championship in the middle of October at Zandvoort (Netherlands), already knows the Lamborghini, because last year he was on track at the GT1 World for the team Reiter. Behind the wheel of the sister car #48 are the German Christopher Brück and the British Jonathan Kennard as usual.

„With Christopher we have an experienced driver behind the wheel and we hope to gather more points with that car after the first ones at Peking“, tells Marc Basseng, who arrived at Argentina with an extra motivation. Basseng won the season finale of the VLN long track championship on the Nürburgring-Nordschleife last Saturday (29th of October) together with Michael Ammermüller and Christopher Mies in the Audi R8 LMS. „The first VLN victory of this year is an extra motivation for me“, explains Basseng. At the moment he prepares the Lamborghinis at Argentina together with the whole crew of the Münnich racing stable for the runs at San Luis.