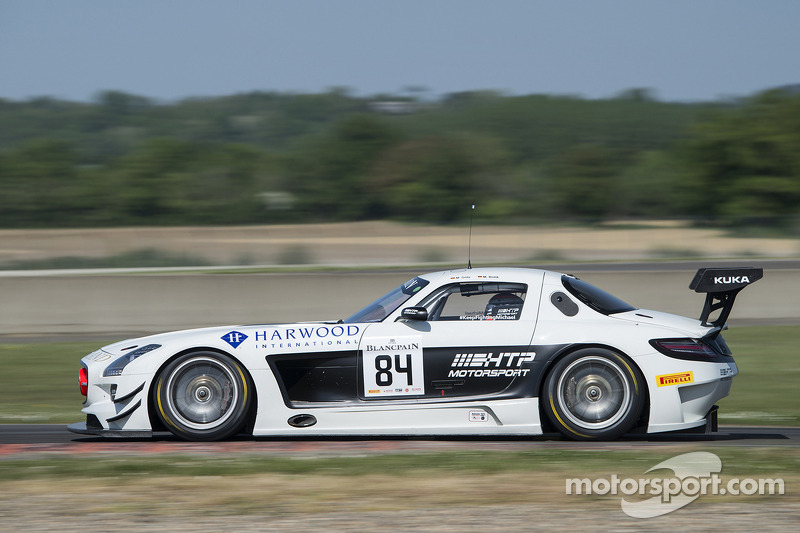 For the British round of the Blancpain Sprint Series, the grid of impressive GT machinery will be extended, with now 22 cars and no less than seven manufacturers represented.

This weekend the British track of Brands Hatch hosts the second round of the 2014 Blancpain Sprint Series. It is the first time since 1996 that a top-notch international sportscar series will visit the Kent venue. For the occasion, the 3.915 km Grand Prix circuit will be used. For the British round of the Blancpain Sprint Series, the grid of impressive GT machinery will be extended, with now 22 cars and no less than seven manufacturers represented.

Just like the French track of Nogaro, host of the inaugural round of the new Blancpain Sprint Series, the Grand Prix circuit at Brands Hatch is considered to be a mid-downforce, lower speed circuit. One might expect the same teams and drivers at the narrow end of the field, but the differences in France were so small that the races in Kent may well have a totally different outcome. 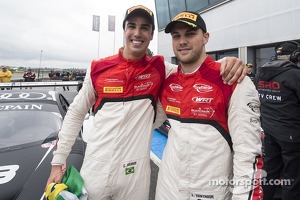 In particular, the Belgian Audi Club Team WRT pairing of Cesar Ramos and Laurens Vanthoor will be determined to completely erase the bad memories of Nogaro. The winners of the Qualifying Race were involved in an incident during the formation lap of the Main Race, and were never able to defend their chances. The HTP Motorsport duo of Maximilian Götz and Maximilian Buhk took full advantage of the confusion at the start to quickly open up a gap and they were never threatened on their way to the first win of the season.

Expect those teams and drivers to be at the front in Brands Hatch again, but also pay attention to the drivers who were not present at the opening round. FIA GT Series race winner Stefan Rosina joins forces with Tomas Enge in the Reiter Engineering Lamborghini, while the Porsche 997 GT3R of Farnbacher Racing could well be among the contenders for a podium finish as well. The first Porsche of the 2014 series will be shared by Swiss GT-specialist Philipp Frommenwiler and crowd favourite Nick Tandy. 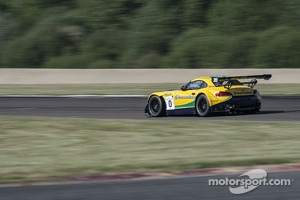 In the Silver Cup, all eyes will be on Vincent Abril and Mateusz Lisowski. The French-Polish drivers created a surprise in Nogaro by not only winning their Silver Cup category – reserved for Silver drivers of 25 and younger – but also by finishing third overall.

It immediately made them firm favourites for the inaugural Silver Cup title.

However, rest assured that the competition in the category will take the fight to the Belgian Audi Club Team WRT duo.

In the Pro-Am Trophy, the Blancpain Racing Lamborghini driven by Peter Kox and Blancpain President & CEO Marc A. Hayek will now have competition from the Austrian duo of Sascha Halek and Stefan Landmann at the wheel of the Grasser Racing Lamborghini Gallardo FL II. Marc Basseng and Italo-Briton Alessandro Latif, driving the Phoenix Racing Audi, are now racing in the Pro-Am Trophy as well.

There is one driver for whom Brands Hatch is a very special venue. It is at this track that in September 2012 Alex Zanardi took two Gold Medals at the London Paralympics, winning both the road race and the time trial in the H4 handbike competition. The Italian, who was heading for a points finish in Nogaro until a clutch problem on his ROAL Motorsport BMW dropped him to 13th, will certainly want to do well on the track that has brought him so much joy in the past.

Laurens Vanthoor (Belgian Audi Club Team WRT): “There is no use on lingering on what happened in Nogaro. We had a perfect weekend there, from free practice to the qualifying race, and what happened afterwards was not our fault. It can only motivate us to do well again in Brands Hatch. I don’t know the circuit that well – I have only driven on the Indy circuit with an F3 car – but based on my simulator sessions I gather this track should suit our Audi well. The Brands Hatch Grand Prix circuit has a challenging layout and a driver willing to push the limits will surely make the difference here.”

Sérgio Jimenez (BMW Sports Trophy Team Brasil): “Brands Hatch is a new track for everyone. We hope that the circuit will suit us well, because it’s a track with a high average speed, which is a good thing for the BMW Z4 GT3. Everything indicates that we will have a more competitive race than in France. We will not have much time to set up the car, however. The weekend will be short, with free practice and the qualifying on Saturday and the two races on Sunday. So it is important to start well and I believe we can do so. Our intention is to have another podium finish, and by doing so hold our position among the frontrunners in the standings.”

Action-packed weekend for the Total 24 Hours of Spa