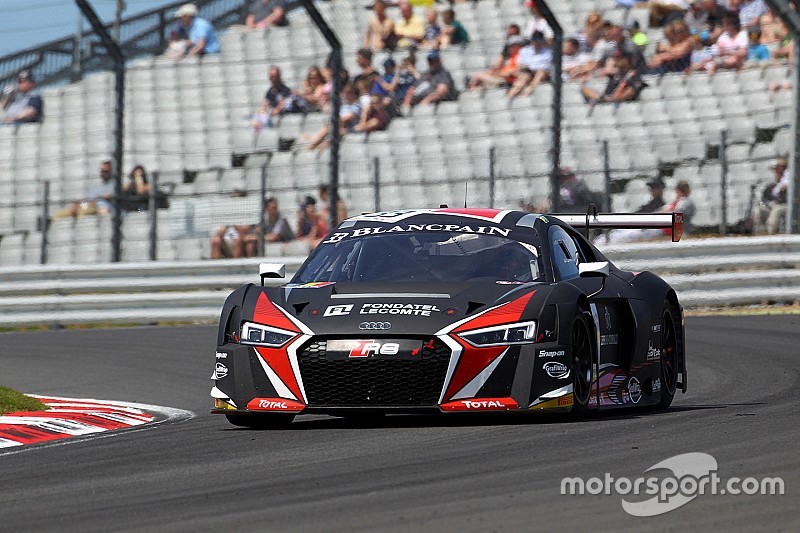 WRT duo Christopher Mies and Enzo Ide were victorious in the Blancpain Sprint Qualifying Race at the Nurburgring, the latter putting on a perfect defensive drive late in the race.

With Mies spending his half of the race in second place, Ide emerged from the pits with a confident lead, which he converted into a victory.

While front row starters Alvaro Parente and Mies stayed as the top two after the start, Laurens Vanthoor dropped down the order at Turn 1.

The Belgian was hit by both the Audi of Filip Salaquarda and the Lamborghini of Mirko Bortolotti and spun around as a result. Vanthoor managed to continue but the other two were forced to retire.

At the front, Parente failed to build a safe advantage over the WRT cars of Mies and Rene Rast, with Franck Perera and Pro-Am Cup entrant Giacomo Piccini also keeping up.

Behind the top five, Philipp Eng passed Dries Vanthoor for sixth but was 14 seconds adrift by the time the pit window opened.

Parente was the first frontrunner to pit, giving his seat up to Rob Bell and comfortably rejoining as provisional leader.

Rast and Perera, replaced by Will Stevens and Marlon Stockinger respectively, followed him in a handful of laps later.

While the WRT car suffered a slow stop, ISR's Stockinger rejoined ahead of Bell, only for Ide to lead them both by seven seconds after his own stop a lap later.

Stevens then also attacked the former GP2 driver for the final podium spot but failed to make a move stick before the full-course yellow came out due to the stationary #59 car of Garage 59.

Second in qualifying but disqualified due to a technical infringement, the car of Martin Plowman and Come Ledogar was quickly back in the top 10 during the race only to retire with a mechanical problem.

Once back to green, Stevens quickly passed Stockinger at Turn 1 for third.

Bell closed the gap to under a second by the five-minute mark and, despite two minor mistakes, he managed to put increasing pressure on the leader.

However, not putting a foot wrong, Ide crossed the line in first with Bell settling for second.

Stevens completed the podium with Stockinger and the #4 WRT of Nico Muller and Dries Vanthoor putting four Audis into the top five.

The top 10 was completed by Dominik Baumann and Maximilian Buhk.